I have just finished reading East Bay Grease, by Eric Miles Williamson, a tough, gritty, coming of age story set in 1960’s and 70’s poor/working class Oakland, in America. The boy in the novel came from the same kind of neglected background as the children we looked after back in the days when my wife and I were foster carers. 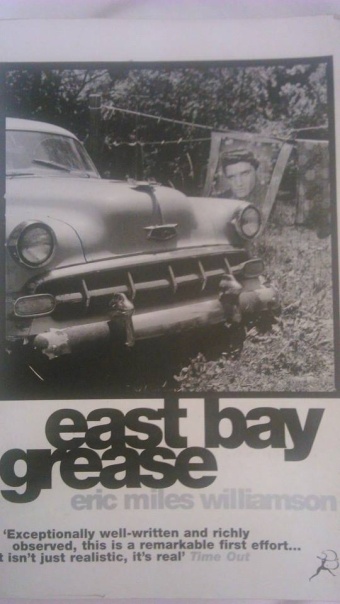 When reading it, I couldn’t help but compare it to my own beginnings, in my instance 1970’s Britain. I never considered it a poor neighbourhood where I lived for my early, formative years, but an older cousin once told me that when she was travelling to visit us with her mother, she asked which house was ours, to which my aunt replied “It’s the one with the lights on.” Her daughter thought that she was joking, until she did indeed see that most of the houses on that long street were in darkness.

This was the place I lived up until the age of around seven. My Dad had only recently come to terms with the fact that, due to ill health, he would be unable to work again, and so in a case of role reversal, more unusual in those times, my mother went out to work while he took care of us at home.

Being born right at the end of ’71, I was not quite five when the record heatwave of 1976 arrived, so my memories of that time are sketchy. I do remember though, having to wear a navy blue vest instead of a t-shirt as my shoulders were sporting large blisters from being badly sunburnt, and also prominent is the moment when these ‘bubbles’ popped. That was the year when we were actually appointed a Minister for Drought, the year when the countryside turned brown, and where I lived the tar on the road melted. Hosepipes were banned, and the government encouraged people to save water and ‘bath with a friend.’ I am sure some friendships were severely tested by that advice. That long hot, dry, summer also brought with it a ladybird invasion. I remember going on a trip to the zoo, and they were everywhere.  Thick swarms, dropping on people from the trees and covering benches that people wanted to sit on. Kids, I included, were trying to eat ice cream or candy floss that were dotted with dozens of the crawling things. 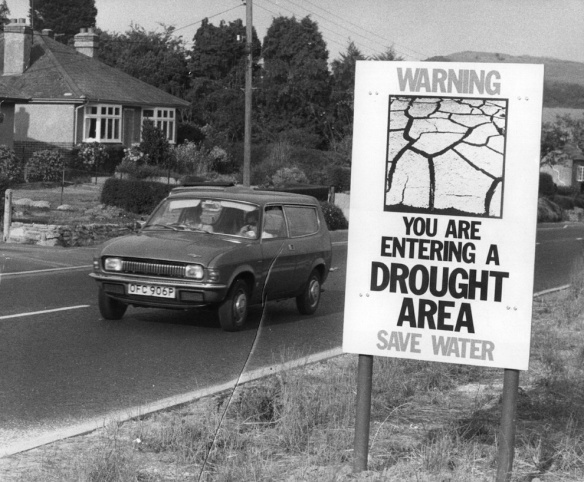 I always seemed to be outdoors in those years. The days of being enslaved by Facebook and, dare I say it, WordPress, were a long, unimaginable way off. I would be out playing with now faceless mates who have, but for a couple of them, also become nameless, too. The specifics have been stolen from me, but not the general outline of what we did together.

Using broken glass as a magnifying glass, burning holes into pieces of wood. Running over prickle and brick strewn crofts in pursuit of passing, musical parades. Exploring and falling, making dens and tight knit gangs. The first, merchandise-driven movie arrived in the shape of Star Wars in ’77, and everyone went sci-fi crazy. A friend used to walk around stiff legged, claiming he was C3PO, and we all swapped our bubblegum card doubles whilst indulging in a little lightsaber fighting before tea. All of this was played out to a soundtrack of Abba, Brotherhood of Man, Slade, T Rex, and The Bay City Rollers. And then the following year Danny made a play for Sandy at Rydell High and the girls the country over got their own fixation.

Whether they did in my own neighbourhood I can only presume, because by that point I had moved home, leaving my pals and heatwave struggles behind. I remember much of those early years, and all of these memories are anchored in a place that seemingly was much brighter and larger than the decades which followed.

Those images are still fixed, still anchored, in that distant ideal, but now they are fading slightly in colour, and are beginning to curl a little at the edges.

2 thoughts on “Grit And Grease”