I was barely up twenty minutes this morning when I started with a migraine. As the day continued, I heard of other similar sufferers of either migraines or it’s lesser cousin-the headache. Perhaps it was all down to this solar heebie-jeebie stuff. I’m not even sure if that is a real word:heebie-jeebie. My autocorrect and I have been at loggerheads about it for the last five minutes.

I remember the 1999 eclipse. I had planned to head down south, with a few friends and a ramshackle caravan in tow, to experience the effects of a total eclipse in Cornwall. We had been seduced by predictions of confused birds falling silent, street lights coming on, and other jumbled moments of delirious confusion.

But, for a number of reasons, I had to cancel. Instead, I had to make do with a partial eclipse as experienced up here in Manchester.

I was a postman at the time, and was sulkily riding my bike on my second delivery through an industrial patchwork of warehouses and factories. I remember a couple of metalworkers stood outside in a car park, viewing the event through their welding helmets for safety’s sake. Wonder if they had headaches, though?

This morning I was set to head into Manchester, where I was going to watch the movie Selma at the cinema, but first I wanted to take in the eclipse, predicted to peak near us at 9.32am. I went out into the back garden, fearing the worst as the usual Mancunian blanket cloud threatened to thwart everything. There was nothing but thick grey cloud everywhere. About to give up the vigil, though, I was suddenly rewarded by a miraculous pocket of sky, in the exact place where the sun was being swallowed up.

The day suddenly had a strange feel about it. It was like the half hour before dusk, when all seems heavy and gloomy, and the world is settling down.

Doing the best that I could on my phone, I took this shot, which also includes the barely discernible silhouette of one of my subdued jackdaw friends, perched atop the television aerial.

The moment passed, the sun began to slowly emerge unchewed from the mouth of the moon, and I left for town. At the bus stop a couple of people were stood gazing skyward as they waited. There was a girl who didn’t, though. She just regaled some faceless other over the phone with the lowdown on her love life. A non-stop rattle of mundanity. A rare astronomical event was taking place above her head, and she was oblivious to it all, cocooned as she was in her own little soap opera.

Her beau was a tosser though. Who takes the piss. Apparently.

The bus came. Before taking anybody’s fare, the driver took a photograph of the departing celestial lovers, now partially obscured by cloud. I don’t think Lolita even noticed. The phone was still glued to her ear. Her partner was still a tosser.

Anyhow, Selma was great. Surely David Oyelowo, playing Martin Luther King Jr, should have been in the running for an Oscar? He wasn’t even nominated. I thought he gave a great performance, discerning film goer that I am. After the film I called into a small second hand book shop (every Manchester visit demands it) and picked up a cheap copy of Fear And Loathing In Las Vegas. 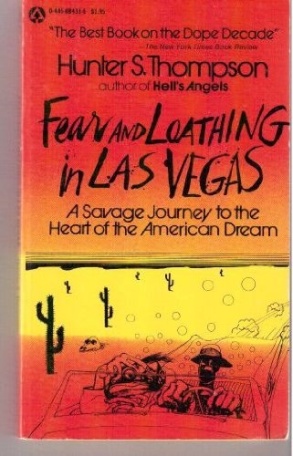 A free banana came with it. Really-a banana. You don’t get one of those at Waterstones.

On returning home, my newsfeed was clogged with photographs of the eclipse, and many trite observations. (And here I am, dear reader, late as always to the party. Rubbish photos, but a banana.)

My favourite update was the woman who had been looking forward to the event all week, then missed it as she thought it was due to occur at 9.32pm rather than 9.32am. She had planned to buy some glasses in the afternoon, oh so protective of her eyes as she is, until it finally dawned on her (no pun intended), too late, that the sun was not even out at 9.32pm at this time of the year. She would have been ecstatically witnessing the longest solar eclipse on record. She should still get those glasses, though. They will come in handy for the next one in 2026.

There were many, many, photographs featured on Facebook that recorded the event. Some amateurish, some professional, all better than my paltry efforts. My favourite one, though, complete with caption, was this:

No way! Just looked through my kitchen window: 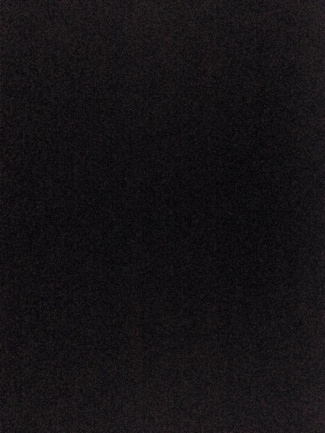 Hope you guys managed to catch some of it wherever you were, unless, of course, you was stood at a bus stop, slagging off your Romeo. I didn’t mean to eavesdrop.

9 thoughts on “Solar And Selma”