You know, in my head, I’m still a teenager. Early twenties at a push. But last night a little reality leaked in when I spent an hour or so outside, reading The Mockingbird Next Door, by Marja Mills. 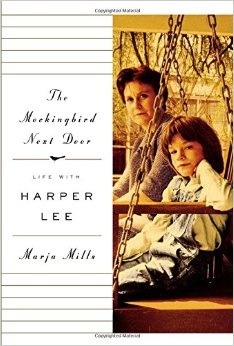 There is some controversy about this book. Harper Lee issued a statement saying that she had not participated in the writing of it. But (in effect a rebuttal of the rebuttal), her elder sister, Alice, issued one confirming both their involvement and approval of it. As did a close friend, who was quoted many times in the book. It does seem that Harper’s close circle of friends, for so long famously protective of the author and unwilling to speak about her, were suddenly available and willing to talk, indicating that they had indeed been given permission by the Lee sisters.

Maybe the source of this new openness to engage was an anxiety about two movies being made at the time about Truman Capote, spotlighting Lee’s role in the research done for his book In Cold Blood, in addition to a new, unauthorised biography of Lee due to be published.

I loved the book, throwing as it did new light on a favourite author, and also a disappearing window of the world.

In my head, I’m still a teenager, and all that . . . but while reading, I occasionally came inside to get a coffee, answer the call of nature, etc, and in doing so I would catch a glimpse of my reflection in the kitchen window. Wearing a particular blue jumper, and my reading glasses, I saw in that reflection both my father, and my grandfather. I could imagine a long line of Murray’s behind them, too, stretching back far in time.

In Mills’ book there is an African proverb quoted:

When an old man dies, a library burns to the ground.

All the acquired knowledge and wealth of life experience, gone. I get that.

I am by no means an old man, still in my early forties, but as the unacknowledged (by default) historian of my family, I often think that I should start writing down the things that my grandparents and other elders told me, along with the stories that I have discovered in the pursuit of uncovering the lives of my ancestors. Because if I leave it too late, all of that information would be lost, to my children and their children. The struggles; the triumphs. All gone.

It would indeed be like a library burning down. 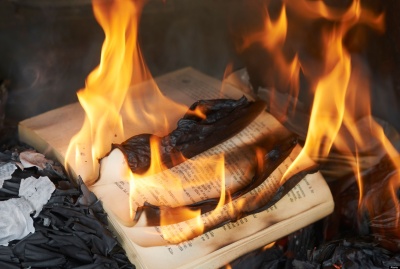 4 thoughts on “A Library Burns Down”