It has been a while since I have indulged my love of old photographs. Here are some that have recently caught my eye:

This is a street in Sweden, the day that the driving pattern switched from the left hand side of the road to the right. Looks like the drivers have all dropped an acid each. “Stop the taxi-I think I’ll walk!” 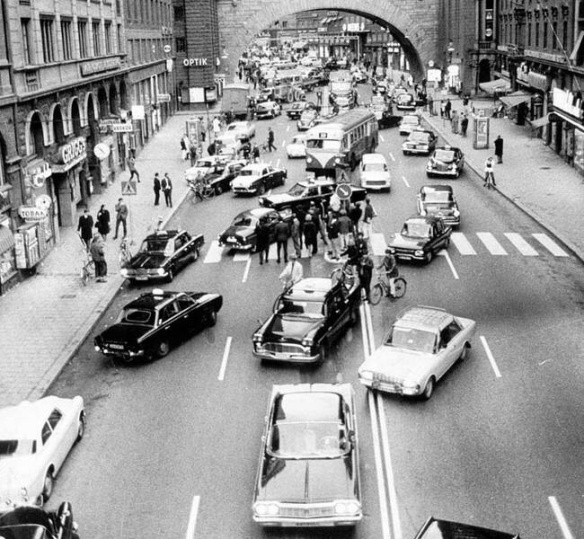 These are damaged and melted mannequins after a fire in Madame Tussaud’s, London, in 1930. How realistic is that woman on the end? Looks like she’s dropped her dart. And one of those severed heads is peering up at his own backside. That’s the kind of view I always end up with every time I book a hotel room. 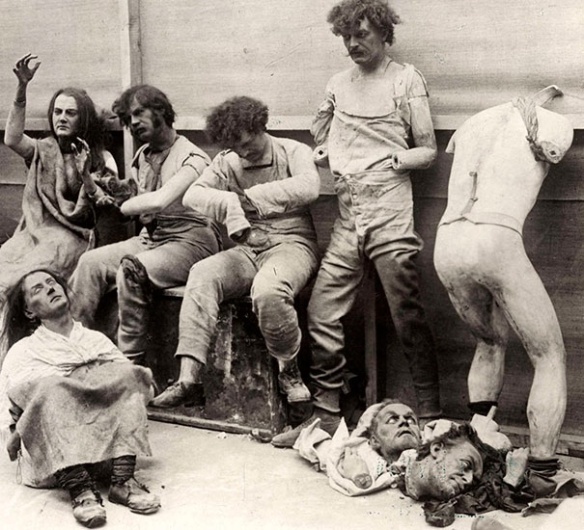 Ban the bikini! Cover up your ribcage! And why have these women got babies’ faces on their knees?

I really hate the idea of bringing animals into the hell of the conflicts we create. It’s bad enough to see them cower in response to the fireworks on bonfire night. 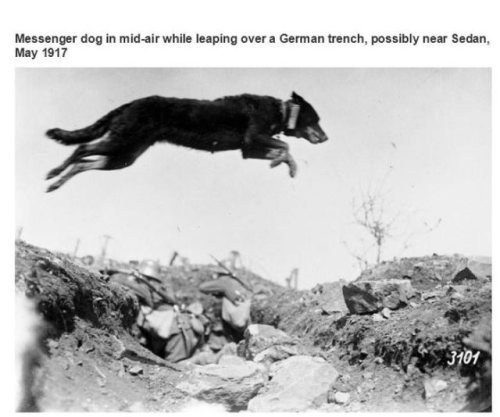 These are Princeton students in the aftermath of a freshman v sophomores snowball fight in 1893. That must have been some snowball fight! It looks like an outtake from a Rocky movie. “Yo Adrian- I threw it!” 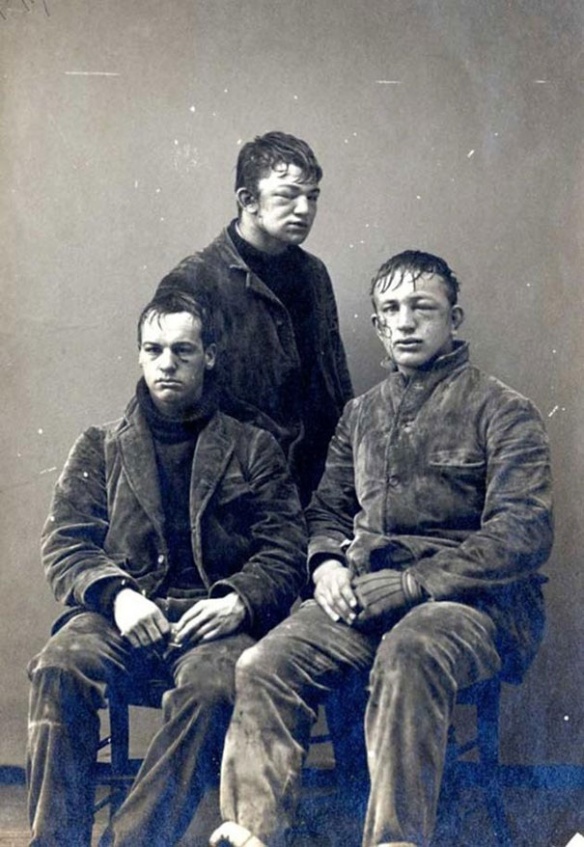 5 thoughts on “A Colourless Cocktail”