I saw Yoda today in Trafalger Square. He looked taller than the last time I saw him-he must have been eating his greens.

Okay, so you thought you’d seen the last of me for a few days.

But, for the first time, I took my iPad away with me as my antique phone is playing up. So I decided to use it for a few photographs and the odd update. Just in case I should disappear off the map.

Canary Wharf: feeling small. A poor man’s Stonehenge. How far have we come from the Neolithic? 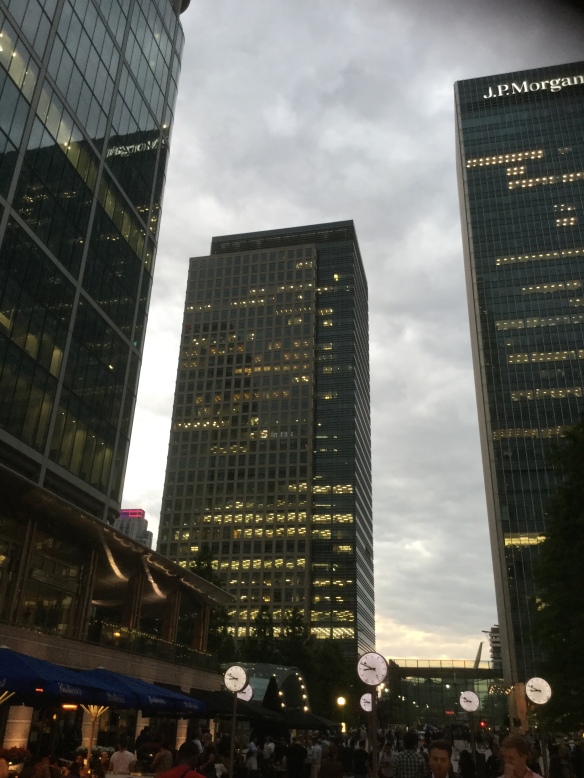 In the midst of city life, there were some coots nesting in the water to the side of me, the calling chicks catching the attention of some cooing, slightly tipsy women. Alas, it was too dark for me to capture them. The chicks, I mean. The women continued to dance beneath neon lights.

Above the monoliths. Looking down; looking up. 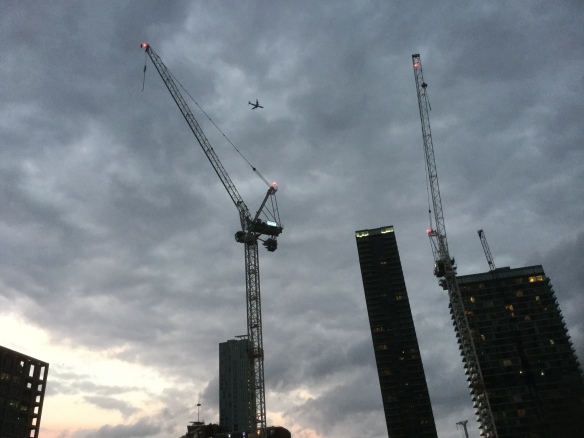 In the distance: the Shard. I resisted its call.

The DLR crosses the bridge. Driverless trains- would you feel safe? 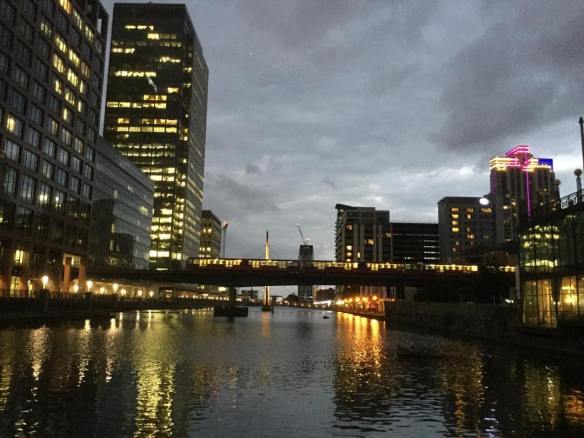 How many Jackdaw Andy’s can you cope with? Using my iPad that way it looks like I’m waving a hymn book about, threatening to break into song. And these unforgivable angles show just how much I’m beginning to thin on top. Damn wife; damn kids; damn time!

Did I leave anything out ? Maybe a smile?

I am off to London in the morning for three nights, arriving back on Monday evening.

For those of you who are familiar with the whole ‘journey’ theme of my book Heading North, the last time I was in our capital city I wrote three poems for possible inclusion in the book. I was going to publish two that didn’t make the final cut here in this post-but at this late hour I can’t find them!

One was still in early draft form, entitled London Lines, and the other was a completed poem that I didn’t think quite up to scratch (tellingly the title now escapes me).

So, until I do locate them, I will include here the only one of the three that made my collection. It was written in the very same hotel, in Canary Wharf, that I’m staying in this weekend. Maybe inspiration still lingers the corridors, eh? Perhaps my muse is still joyriding the elevators.

We shall see. In the meanwhile, have a great weekend people.

See you next week.

To break the ice with our new student, who is from Switzerland, I suggested that the kids ask her some questions about her country, her culture, and her life in general. They agreed:

“Would you eat a fat caterpillar or a cup full of ants?”

Not exactly what I had in mind.

Think she will move out by weekend.

A friend took this photograph last week while walking around Stiges, in Spain.

I’ve recently been reading Rimbaud, and on seeing this image these lines immediately came to mind:

O the ashen face, the course thatch, the crystal arms! The cannon I collapse upon, through a topple of trees and soft air.

I should imagine my friend was far from ashen faced when he returned from Spain. All that sun, all that blue, stretching away to the far horizon.

Jealous? Well, maybe I was, for a day or two.

But, as Rimbaud put it: I is someone else.

Two years ago, and I still haven’t re-discovered that quote.

A few of my recent posts have been a little time-oriented.

I came across a quote a while ago in a book, and now I can’t find who it was that made it, or exactly what it was, verbatim. But it was something along the lines of how we cannot appreciate the present because we are too caught up thinking about the past, and planning for the future.

Or was it re-living the past and fearing the future?

If only we could learn to live in the eternal now, letting nothing pass us by. Opening our senses to the full, letting life flood us as it is happening. If we could but appreciate and experience all the good things that are occurring, and attempt to deal with the bad, so that they can be dealt with and filed away. Not hinder us, tearing us this way and that. Splitting us…

Cockroaches, after losing their heads, can live for nine days before starving to death. My kids can’t get to ten o’clock.

This morning I took our new Swiss student into Manchester, showing her the route she will have to use and the landmarks to look out for. It’s ironic, when you think about it. I’ve been lost in London; in Rome; in Stockholm; in fact I’m collecting capitals. When I have acquired them all I will start on the lesser cities.

Being my home city, though, I think we should be safe.

After safely depositing her in the Academy of English, I headed over to Waterstones, where, with the help of collected points, I was able to purchase two books for the princely sum of sixteen pence. Sixteen pence! That should appease the wife when her eye should fall on yet more additions to my library.

I read one of them in the Royal Exchange with a coffee, quiet and rehearsal-free. I am returning here in October to catch A Streetcar Named Desire.

Caffeine goes right through me these days, so on my way to the bus station I called into the public toilets. I don’t know what exactly I had just missed, but there was a guy in there who was telling all and sundry in a very loud voice:

“Unusual smells set off my nose!”

Maybe the men’s toilets aren’t the best place for him, then.

I caught the bus back home. The last time I made this journey I came up with a whole story which I immediately wrote for inclusion in an anthology. This time around, I just had a random, unsolicited thought:

It’s about time we got used to the idea of death.

It is, perhaps, the only absolute in life,

but even then we are confronted with choices.

I’ve never been a happy traveller.

These are two of my children, filmed a couple of years ago doing an improvised ‘Exterminate’ song. (Yes, they are Whovians like their father.)

This is the only video that they have posted onto Youtube, and go crazy every time they get a like or a share over there. If any of you guys can do that, take pleasure in picturing me here in Manchester reaching for the paracetamol!

You may want to turn the volume down a touch. See you on YouTube.

Roll on Winter. The Chocolate Feast is always the last to go. 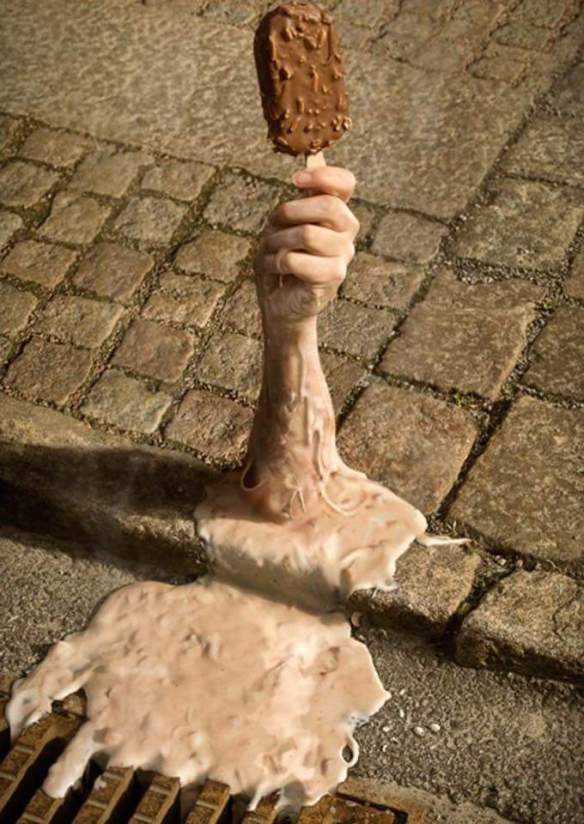 Keep cool, have a great weekend.