Yesterday I read an article about an amateur fossil hunter who had discovered a 133 million year-old ‘pickled’ dinosaur brain. The man who found it, Jamie Hiscock, has a knack for this kind of thing: he and his brother five years ago also discovered the world’s oldest spider web, encased in amber.

I showed the photograph of their most recent find to my daughter, Millie. It shows the brain next to a coin, included for scale. 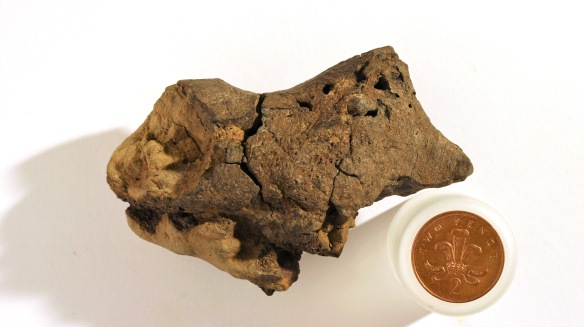 “Look at this, Millie. Someone has found a 133 million year-old dinosaur brain.”

11 thoughts on “A Child’s Perspective”