For me, my poems serve as a diary. When I look at them I can remember where I was when I got the idea for each one, and what it was that acted as the initial inspiration. The opening poem in my book, Heading North, is called Midnight, July.

The title indicates the when, but not the where and why.

The words for this one came when I was sat in the back garden with a coffee. There wasn’t a cloud in the sky, and I was looking up at the stars and wondering whether we could be alone or was there life somewhere out there?

While I was sat there, neck craned in the quiet of the night, the stillness was broken by the sound of somebody passing by the front of the house, their presence announced by their whistle as they went.

That faceless person, whoever it was, initiated the close of this poem. Sometimes we go about life oblivious of the effect we have on others, positive or otherwise. And writers can be voyeuristic vampires, stealing in secret what they need from those around them.

I had half of another poem entitled Old Town.  When writing it I had the idea of an American-type run down town in the middle of the desert, with people eking out a life in a place where unknown others lived long before them.

I wanted to add a second part to the poem.

Regular readers of City Jackdaw will no doubt know of my love for old photographs. There is one in particular that has featured on my blog a few times before.  It bears the  legend Mary and her Grandfather Jasper. Around 1900. In many cases we never know who the people are in photographs such as this one, but with this we know enough to give it a personal dimension.

I wanted to somehow include this in my book, and so for the second part of this poem I envisaged somebody using it as a bookmark, reading a Truman Capote book (I had The Grass Harp in mind) while, in contrast to the whole ‘heading north’ theme, thinking of the south where the author came from and set his stories. 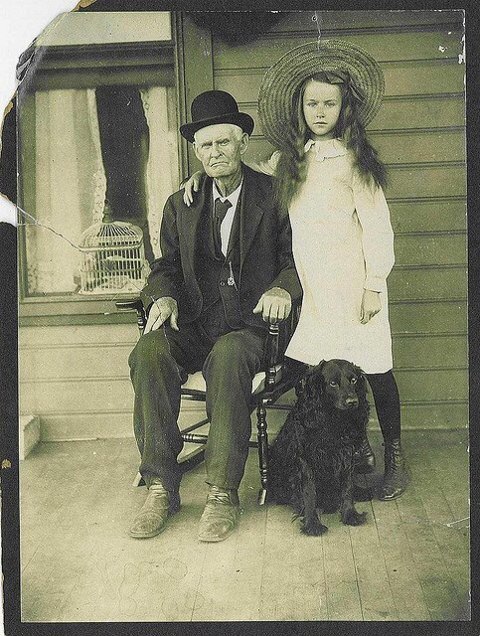 Just weeks before Heading North was to be published I went to stay for a few days in Sweden. It being the furthest north I’d ever been I thought it an ideal opportunity to write something as a last minute addition to my collection of poems.

And thus was born Three Poems In Stockholm.

The first poem came about when I was staying on a boat that served as a hostel and I was woken early by the sound of a foghorn. On looking out of the cabin window I was greeted by the unexpected sight of a Stockholm blanketed by thick fog.

I got dressed and went for a walk. Wandering around there was hardly anyone else around: it was a Sunday morning and the shops were still closed, even in this capital city.

I found myself on an empty street, myopic in the cataract effect of the fog. Suddenly a girl came into sight. Perhaps in her twenties, she wore a bright chequered dress, and beneath her arm she carried around half a dozen sunflowers.

The contrast between her and her surroundings struck me, and I immediately knew that this encounter would feature in the poem I was writing.

Although another two Stockholm based poems followed, this is the one that reminds most of my time there. It was that image I can still see now: within a fog-bound scene a flame-haired girl in a bright dress, clutching yellow sunflowers. A centre of colour in a colourless landscape. It was like a painting.

Of course if I’d have approached her and said I was going to write a poem about her I could have been hit with a restraining order or something much more painful.

So somewhere out there, probably still in Stockholm, there is a girl who inspired a poet and is immortalised in a poem that featured in a book.

And she will never know.

I don’t know about you guys, but I think that’s kinda sad. 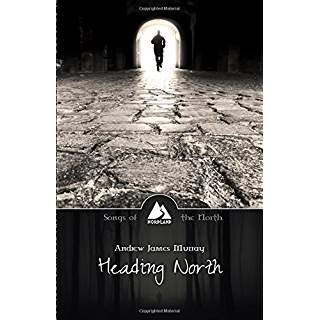