It was announced that today the country would observe a minute’s silence to honour those killed on Monday. Where else could I go to honour this but Manchester? Despite the unprecedented step of the army being deployed to assist the police throughout the country and the government warning that another attack was imminent, avoiding this crowd was never an option.

My fellow Mancunians came good again: what a fitting and emotional morning it was. There were tears amongst the defiance, balloons filling the clear blue skies. And the fantastic moment when the crowd burst into a spontaneous rendition of Don’t Look Back In Anger by Manchester band Oasis, followed by thunderous self-congratulatory applause.

How ironic that an action designed to cause division has created a unity I have never witnessed before.

Here are some photographs of the day. 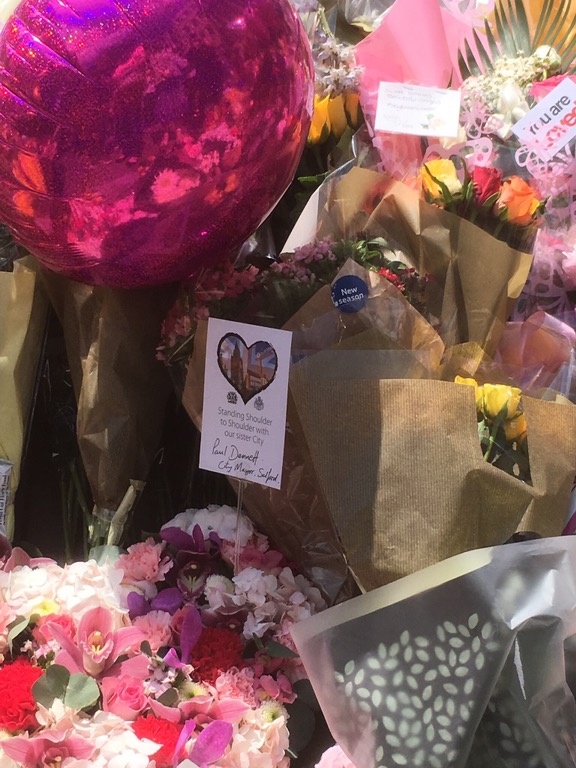 Here you can see a tribute from the Mayor of Salford, the city divided from Manchester by a river. 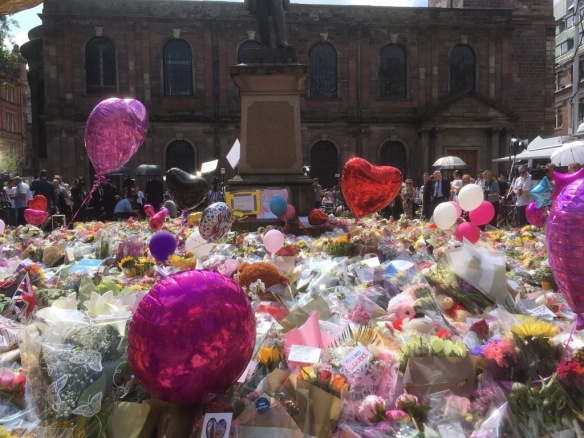 In the background you can see St.Ann’s church. 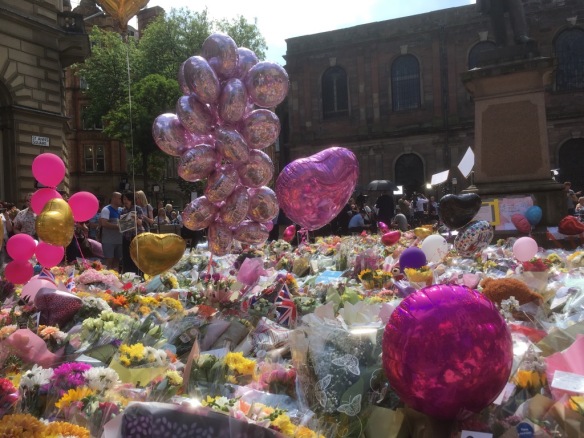 Everywhere there was balloons, for the children who were killed or badly injured. 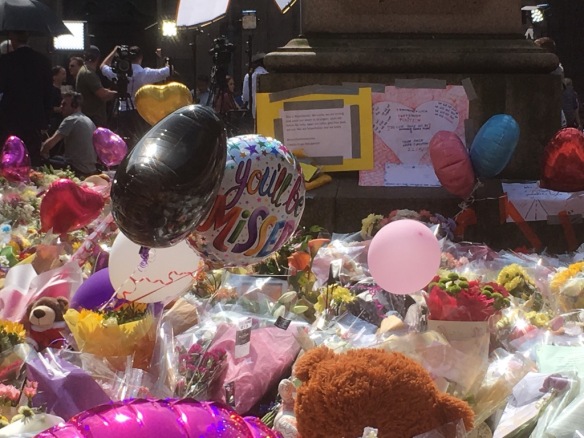 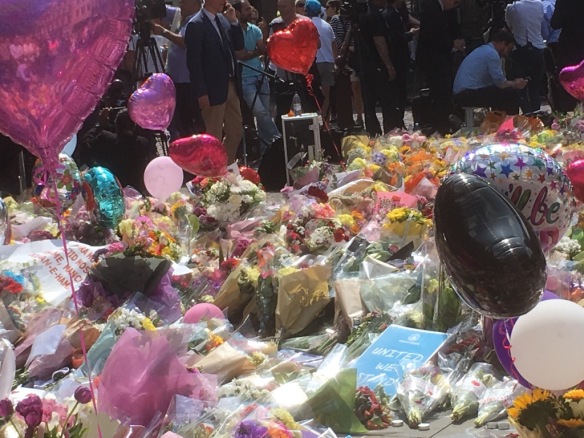 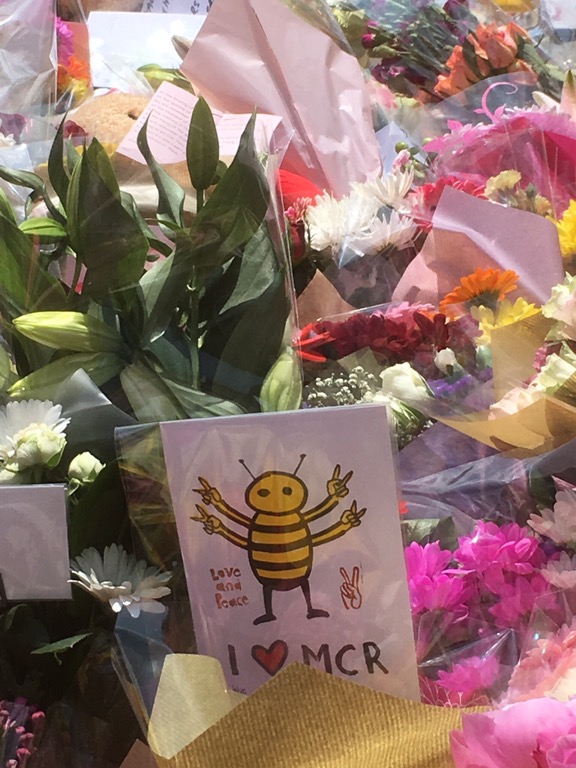 Here is an artistic likeness of the Manchester Bee. A symbol of Manchester, the worker bee represents the city’s industrial past. Thousands of people are now having this tattooed onto their skin, proceeds going to the fund set up for the victims. 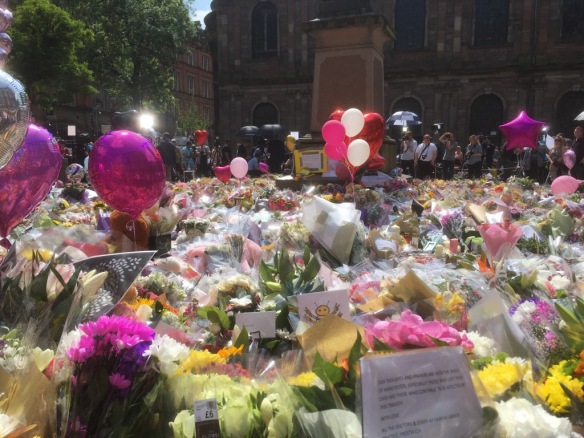 There are now even more flowers here, people were still queuing to lay bouquets long after I left. 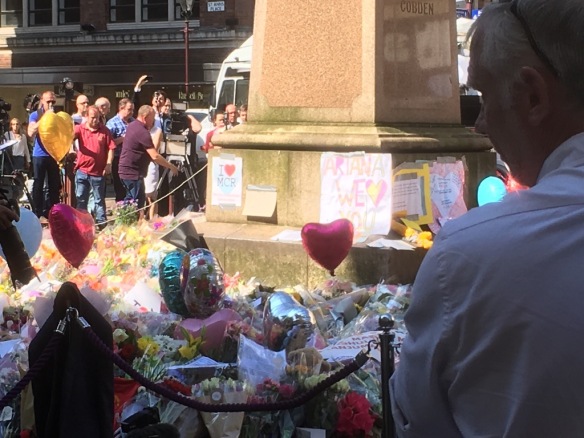 The poster ‘Arianna we love you’ is to the distraught singer whose concert was targeted by the terrorist. 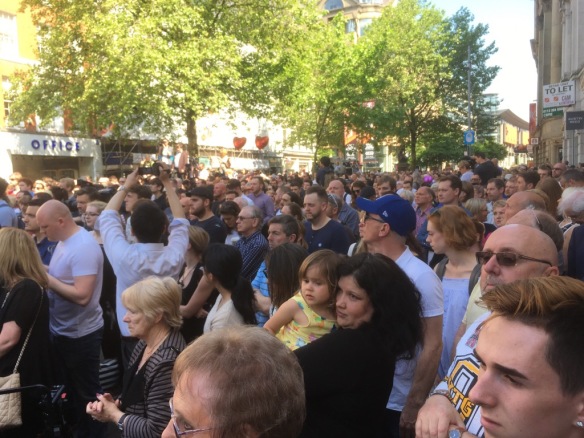 The square beginning to fill behind me. 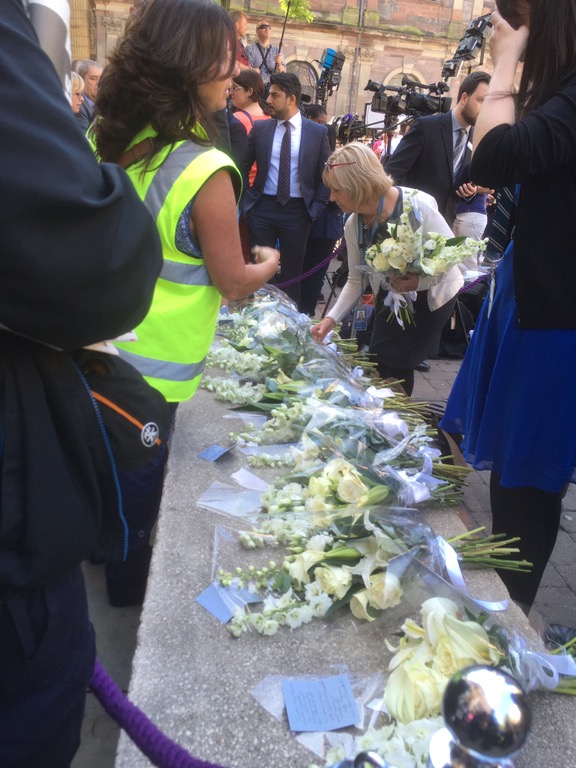 Flowers being prepared to be laid-a bunch for each of the twenty two dead. 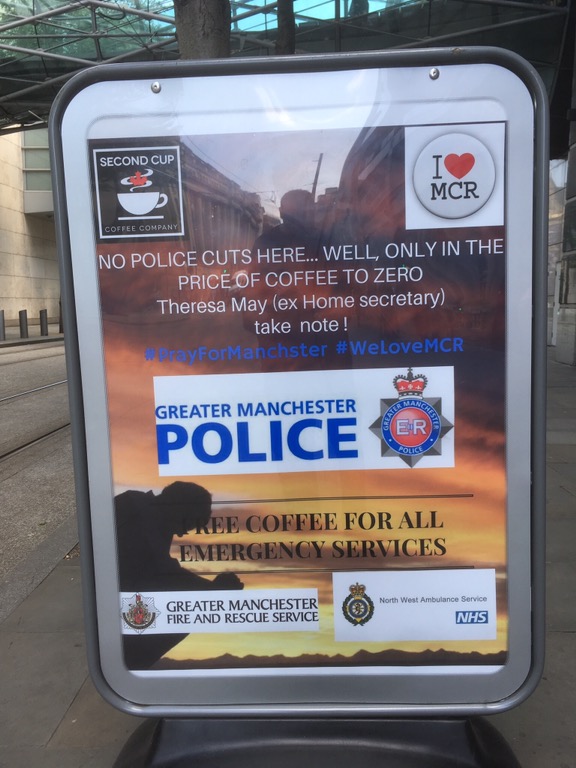 Afterwards I saw this-free coffee for members of the emergency services. 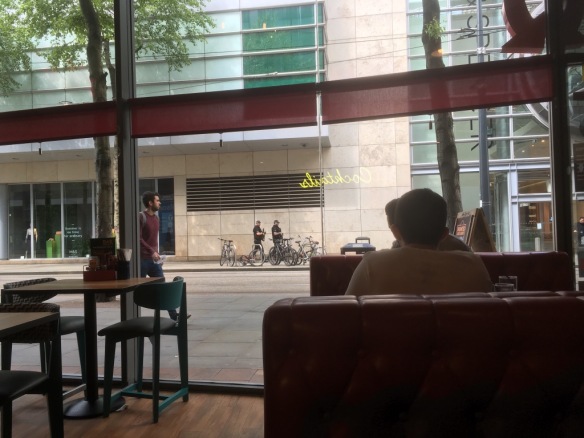 I’m not sure if the heavy presence of armed officers reassured or made me more nervous. Spotted these passing from a pizza place.

Adding to the emotion of the day: while gathered in the square, I received a message from a former student of ours, telling us that his family were standing with us in support, and here in Germany his family were flying at half mast a British flag in solidarity for his former adopted city.