Sometimes I walk around blind. Many times I have walked up and down Balloon Street in Manchester, a thoroughfare that connects Shudehill Bus Station and Manchester Victoria Train Station.

I have even cast an absent thought in the direction of this street name, thinking it a little unusual without looking into it.

Just up or down it.

However, it was only this week that I spotted this, and all became clear:

James Sadler, the first English aeronaut, made the first manned balloon ascent near to this spot. I’ve since discovered that he was accompanied by a cat. It seems that this poor feline remains anonymous, whitewashed from history.

I wonder if they’ve come down yet?

From my poetry blog.

I’m sat on this rainy day in a cafe, drinking coffee and reading Robert Louis Stevenson’s The Strange Case of Dr Jekyll and Mr Hyde and Other Tales Of Terror.

The title of this post comes, not from Jekyll, but from the included gothic vampire tale Olalla, which has captivated me on this gloomy morning. It’s to stories such as this that I habitually begin to turn to around this time.

Even just out of a heatwave, and the recent cessation of the hill fires, maybe it’s the sensing of those approaching blue, irregular nights that puts me in this frame of mind. 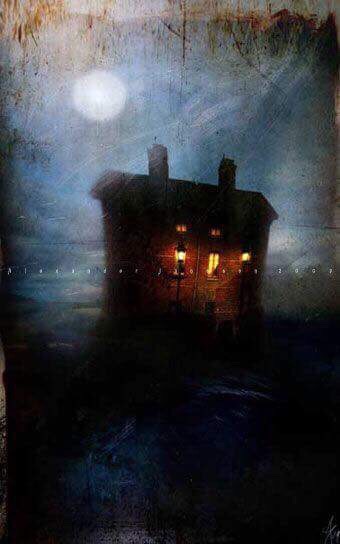 Our new student has arrived.

We were expecting a girl who is of Luxembourg nationality. Turns out it’s a lad who was born in Luxembourg, is actually Belgian, lives in France and flew from Italy.

But he’s a City fan so all’s well.

It’s a Sunday morning. Especially when in a strange place, and so no expectations, I like to wander out and look for subtle signs and omens about what the day will bring:

With all of this talk about fake news, there’s only one thing I want to know:

From my poetry blog