The other night, waiting to meet friends of ours, I took this photo of a part of my hometown that will soon be transformed. For better or worse is a matter of perspective. Greed v Need, or the wont of a bartered balance? I suppose it depends what side of the fence you are on. So to speak.

Bowlee is a part of our ever-shrinking green belt, a portion of which is destined to vanish for housing. I think the neighbouring fields that my son played football on are safe.

The affects of this change, though, away from the obvious, objective changes, are emotive.

The following night I took this next photograph. The emotions felt this time were, for once, not mine (self-avowed creature of nostalgia that I am), but for my wife. This path to my daughter’s high school, which we were walking down for Parents’ Evening, is also a trip down memory lane for her. This school, now styled as an Academy, no less, is built on the site of a previous school that she attended decades before. 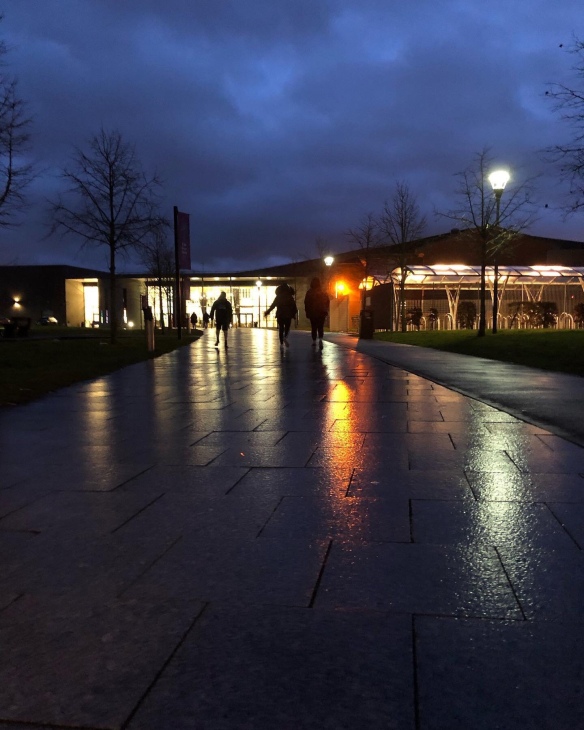 A different name, a different building, but there is a part of it that feeds into a surviving portion of the school that went before it. Imperceptible to my ignorant eye, it was there that she got the feels, know what I mean?

It was like the Christians among us, a few years back, when we were escorted deep below St.Peter’s in Rome, burrowing into the Scavi, a 1st Century cemetery housing tombs that held, as well as pagan remains, some of the very first adherents of their faith. And also, reputedly, the body of their first Bishop, better known by the name of Saint Peter.

Though the school holds no bones, and goes back mere decades rather than millennia, it demonstrates, for my wife at least, history is more deeply experienced when it is personal.

6 thoughts on “The Fields And The Feels”