I posted this a few weeks ago on my poetry blog, stating that I know that there’s parts of it that I’ll change, but it’s of interest to record the first birthing lines. 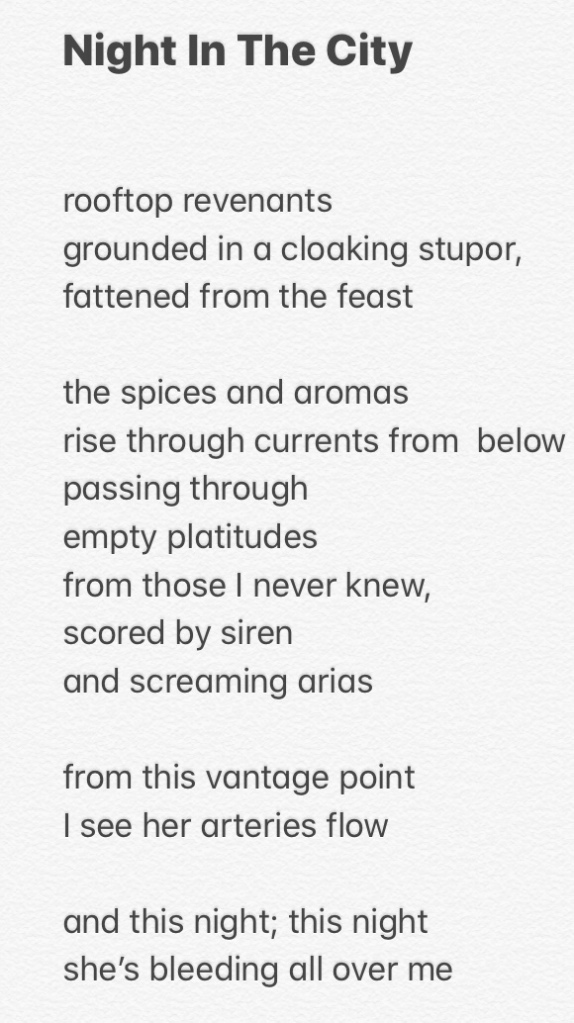 I’ve since deleted the opening three lines, it now begins:

the hulls and husks

I’ve tweaked a few others lines and added much more.

I’ve also renamed it Rooftop Blues. I’ll let you know how it goes.

9 thoughts on “Work In Progress: Night And The City”