Here, in the UK, people seem to fall into two camps: those that are fixed to every news bulletin, worried about each escalation, and those that are generally blasé about it, saying it’s just like any other seasonal cold or flu strain.

But, whichever camp you’re in, everyday life has started to become impacted by it.

I began to notice a week ago a change in people’s habits. While waiting for my latte in a motorway services’ Costa, a lorry driver commented to a member of staff that he’d never seen their car park so empty.

The next day I’d braced myself for a wait while visiting my local NatWest branch, as often the queue goes right out the door. This time, however, the only other customer was leaving as I entered.

“This is the quietest I’ve ever seen the place,” I said to the cashier.

“I know,” he responded, “and, randomly, a woman came in five minutes ago, stood where you are, and told me that she shouldn’t be here, she should be self-isolating.”

I immediately withdrew from the desk I was leaning on: “She didn’t touch this, did she?!”

We laughed but, you know, the invisible elephant (virus) in the room.

Yesterday, I took my book back to the library, and again the current climate came up. The librarian: “It’s been dead. In affect we are self-isolating because no-one will come near us!”

Feeling emboldened by the fact I was in a library, I said to her that it was like Stephen King’s Salem’s Lot, (perhaps his The Stand would have been more appropriate), or maybe The Strain, where the town’s normally busy bars and restaurants had just a smattering of customers, streets were emptying and people were dropping out of sight. Of course, in those examples the problem was vampires and not Coronavirus. But the theme was the same. Plague and host. 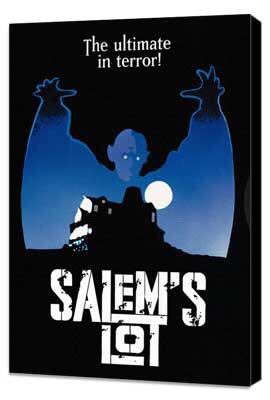 And then there’s the panic buying.

Every store is running out of hand sanitisers, pasta and, bizarrely, toilet rolls. There is ridiculous footage of people coming to blows over toilet rolls. The likes of Tesco have been moved to ration them to one pack per customer. I got some yesterday from a different store, but only because we needed them. Just the one pack of eighteen that we usually have, and boy did I feel self-conscious! People were eyeing me as I walked through the shopping centre to the car. I felt like saying “I’m not a panic buyer-I just need to wipe my arse!”

There are other knock-on affects. Within five minutes I received three emails. One was from my son’s school, saying that they were stopping all sports fixtures and school trips, whole school assemblies would be replaced by single-class assemblies and on and on.

The second email informed me that the work I do from home was being halted until the end of April where it will be reviewed again, with all the financial implications that came with that.

And lastly, new guidelines are about to be issued for people like my wife who is a frontline carer for the elderly, the type of people most at risk from this virus.

I also spoke with a friend whose job is under threat-he works in the travel industry and this pandemic could be the final straw.

The Prime Minster’s latest speech declared that this is the worst public health crisis in a generation. “It is going to spread further and I must level with the British public: many more families are going to lose loved ones before their time.” 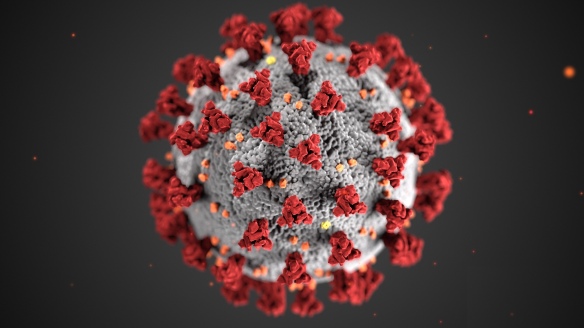 We are not quite on lockdown yet, but, with yesterday’s announcement that all football and other sporting events are being cancelled, and a potential ban on mass gatherings, it is said that we are about two weeks behind the Italian model. Though it seems that our government is instead going for the herd immunity strategy, which relies on a few million catching the virus to work.

That seems a risky ploy, but, similar to a previous Jackdaw post, we are relying on the advice of others. We just have to take on board the precautions we are given, and get on with things, as much as we’re allowed.

My hometown of Middleton is not quite the ghost town yet, but it will be interesting to see how things develop over the next few weeks. I’ll keep you posted.

9 thoughts on “Not Quite A Ghost Town”