A few posts back, I shared some photographs of a journey I made between two Northern cities, Leeds and Manchester, when the country was on the brink of lockdown. I had to make the return journey last week (essential travel allowed) and, with the UK now a month into lockdown, I took these photographs to share with you all to document these unprecedented days. I probably, hopefully, will never have the chance to see my city like this again.

This first one shows the seating arrangements in my local bus station, to enforce the social distancing. Only the opposite end seats were available, first come first served (though there weren’t many takers).  An unenthusiastic game of musical chairs. 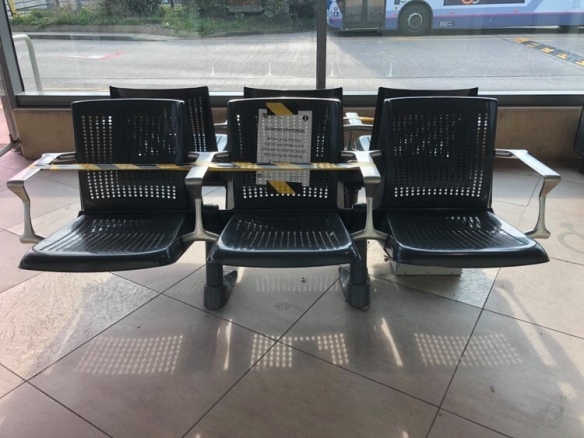 Again, on the bus-alternate rows of seating available. The driver taking my fare said it was the most he’d taken all morning. 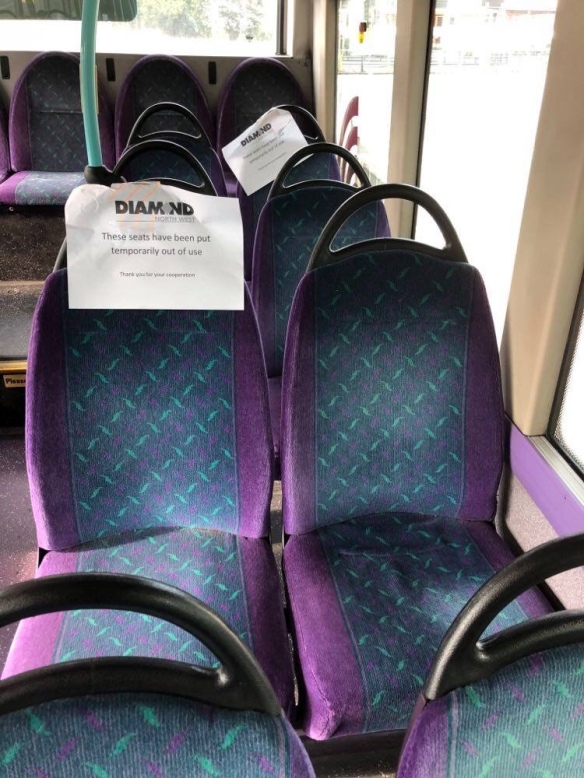 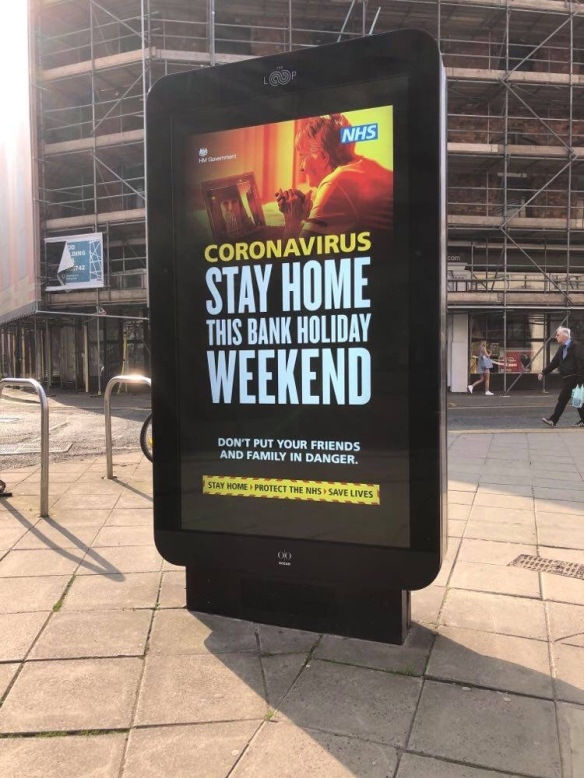 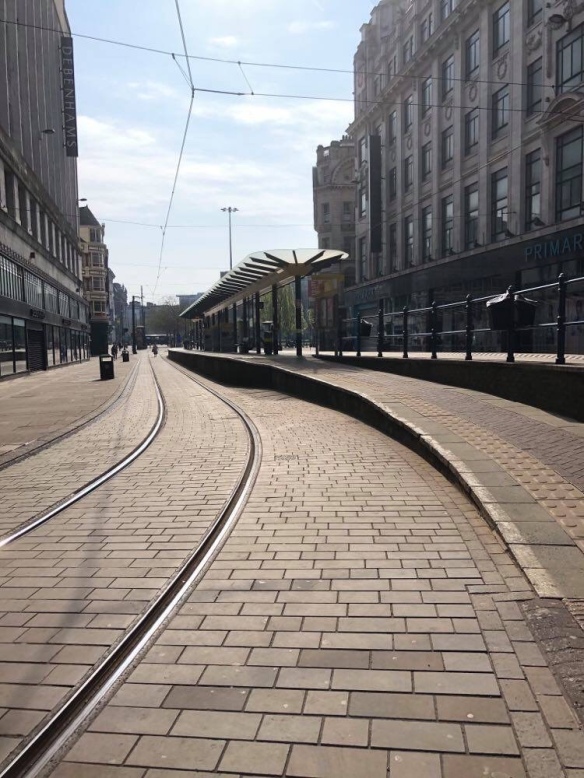 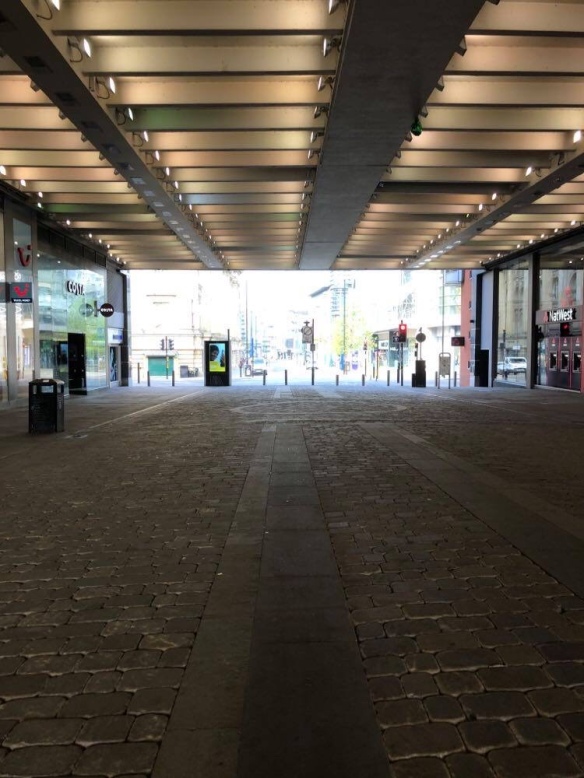 I saw neither tram nor cycle, just the odd jogger taking their allotted moment of exercise. 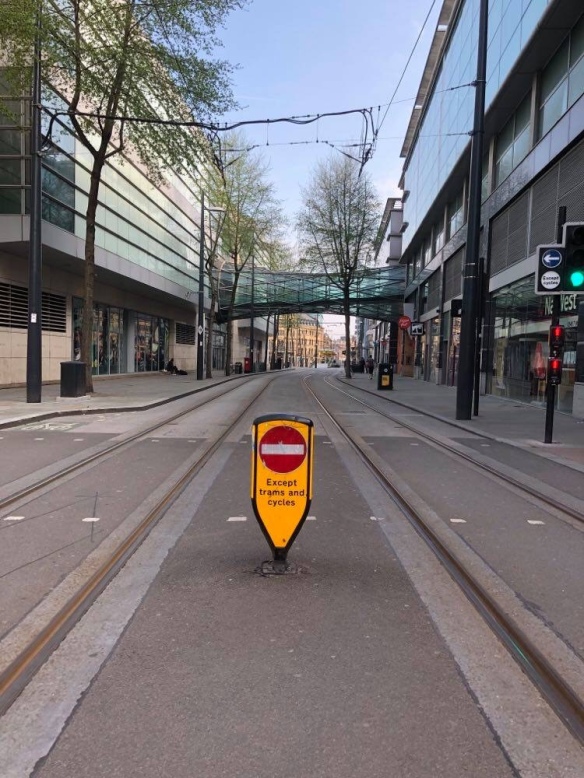 When a passing bus departed, the city fell into a strangely hushed tone. 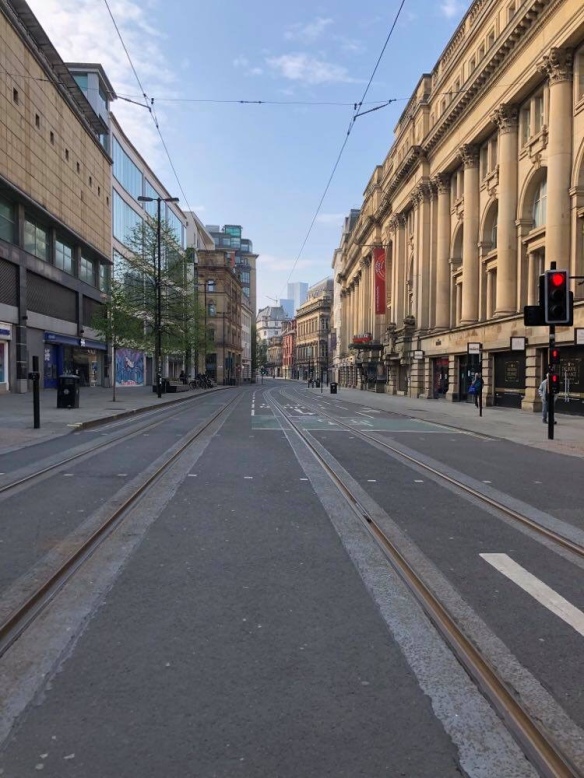 St.Anne’s Square, scene of much mourning and festooned with flowers following the Arena bombing. 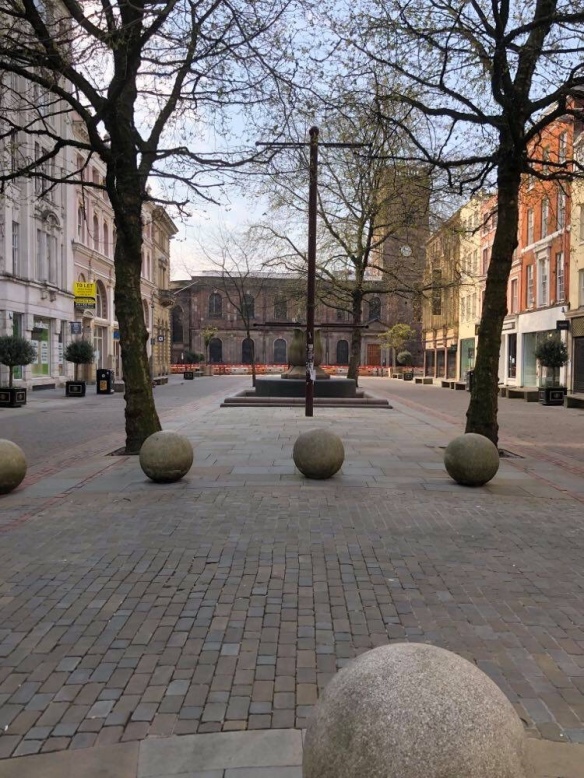 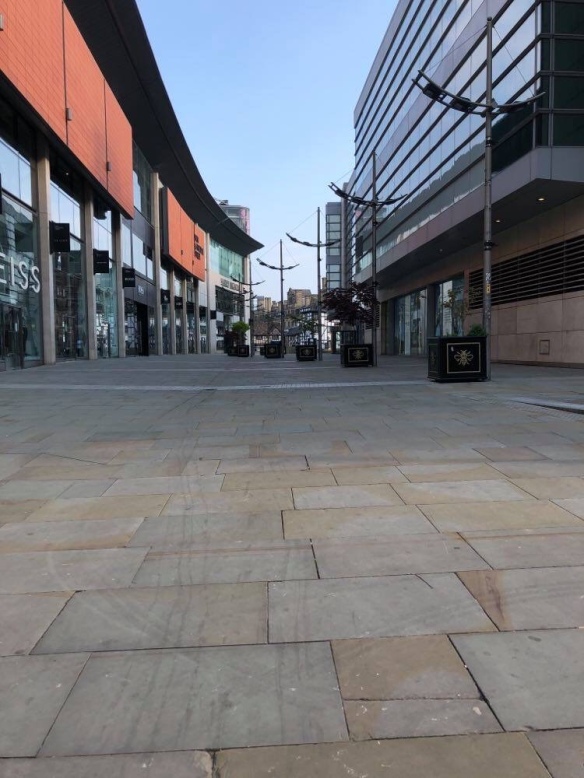 Many shop doors and windows wore similar sentiments from their owners. Some just a stark notice that no goods or money were left on the premises, in lieu of any opportunist thieves moving into the city. 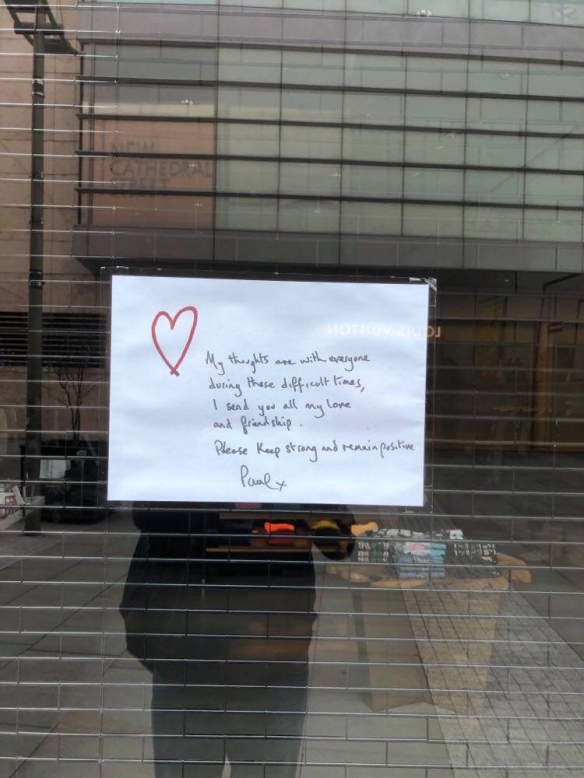 Not a drinker in sight. 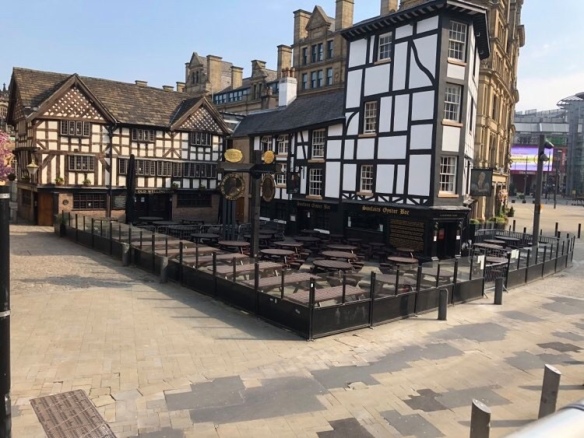 Moving now towards the train station. 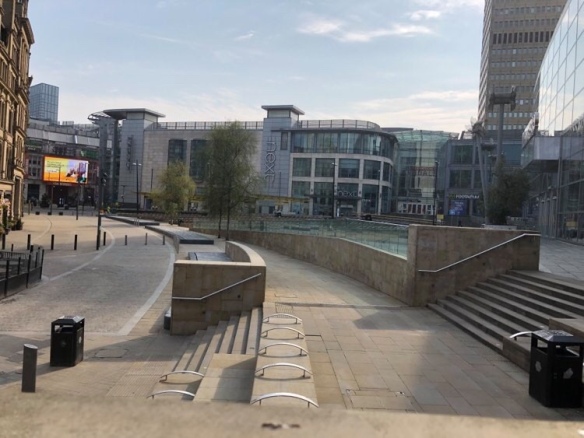 The statue of Gandhi outside the Cathedral. The only figure caught in motion. 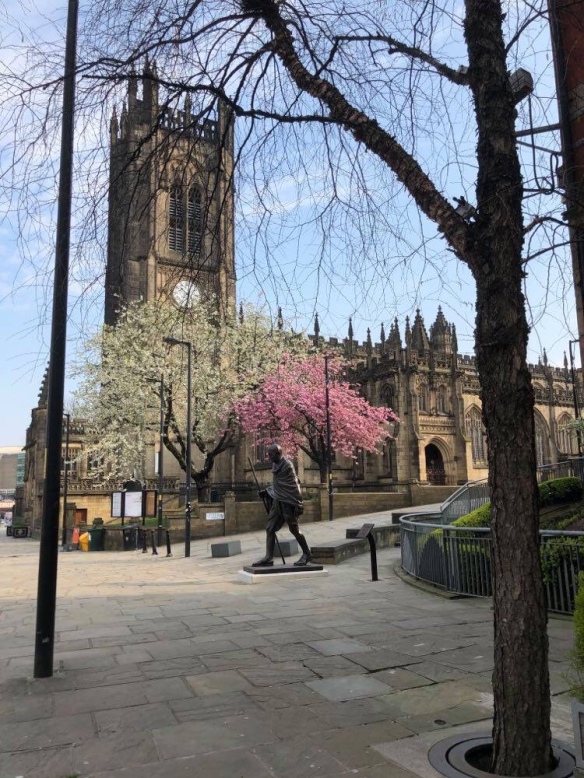 Ever since the lockdown the weather has been glorious. The place would have been swarming with shoppers and drinkers and more. 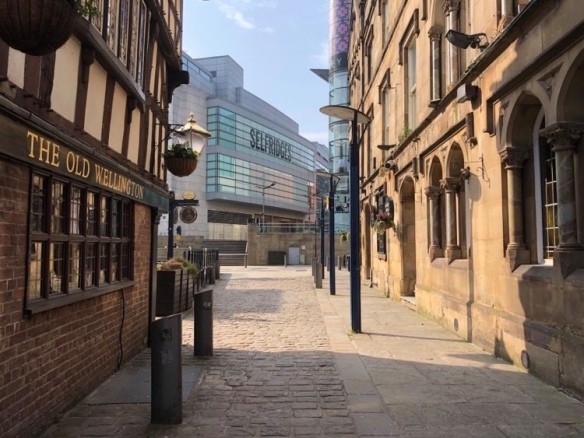 Looking towards the Football Museum, symbolic of the sport that has now been suspended. 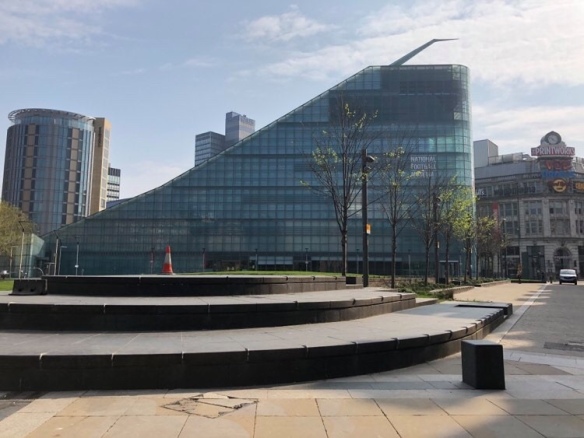 I could take a photo in the middle of the road, with little fear of trams or vehicles. 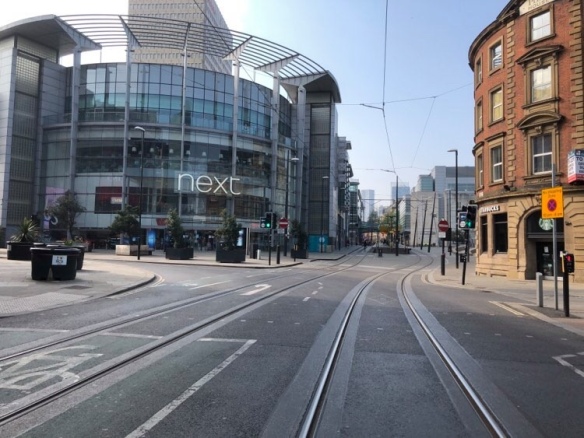 Looking towards Angel Square from the rear.

Victoria Station. Could it be that I was the only commuter? 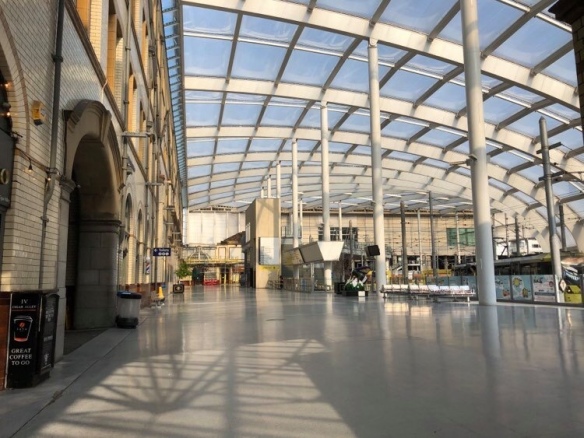 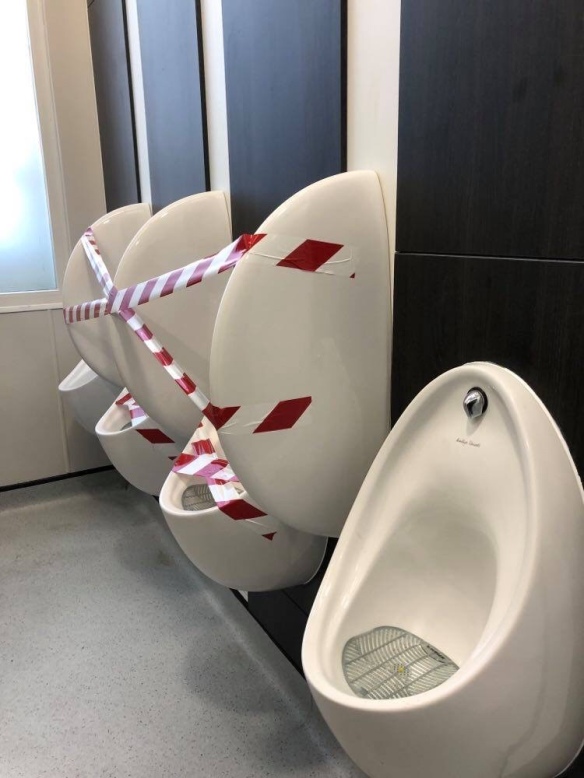 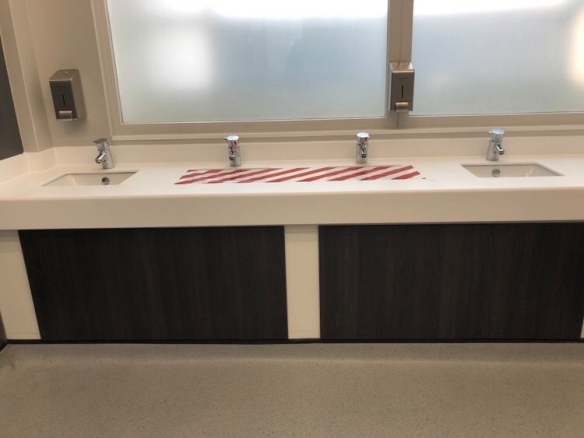 There was only me and this railway worker. 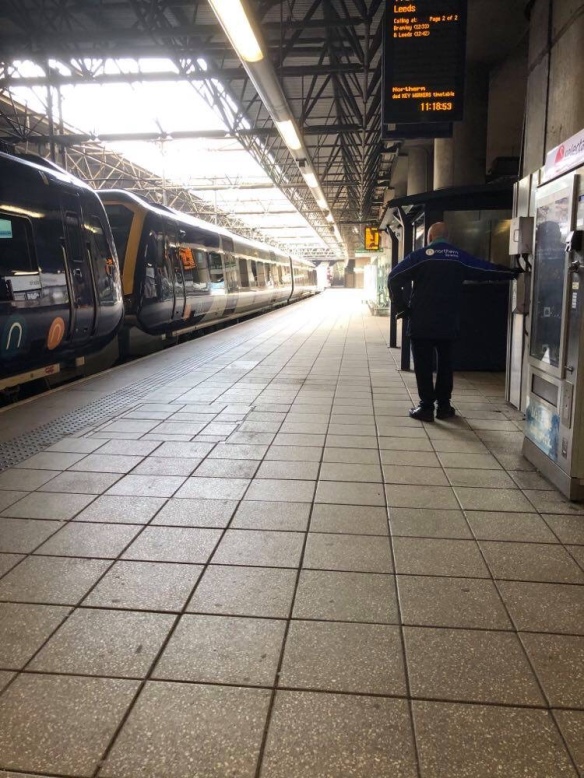 Only for essential travel 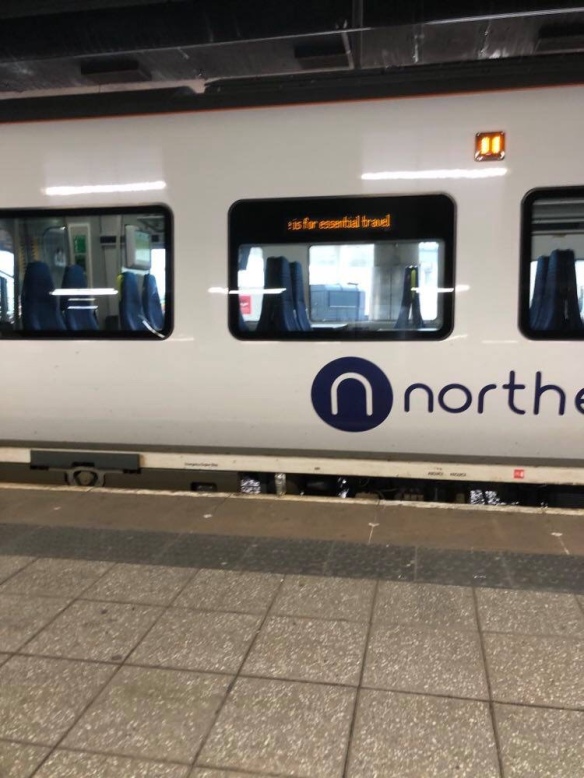 The train I caught had originated in Liverpool, passed through Manchester and was bound for Edinburgh. I alighted in Leeds, the station there similar to the one in Manchester. 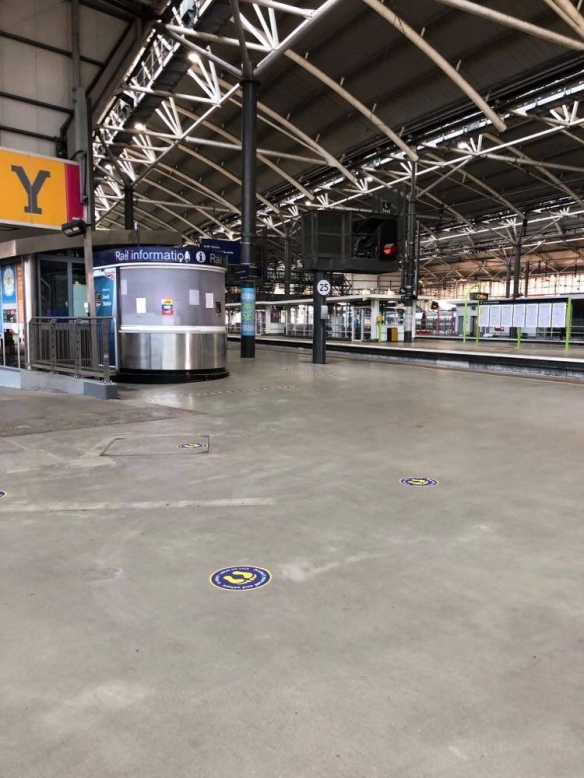 Leeds. Snippets of conversations that took place with the few people that I encountered I intend to print elsewhere. 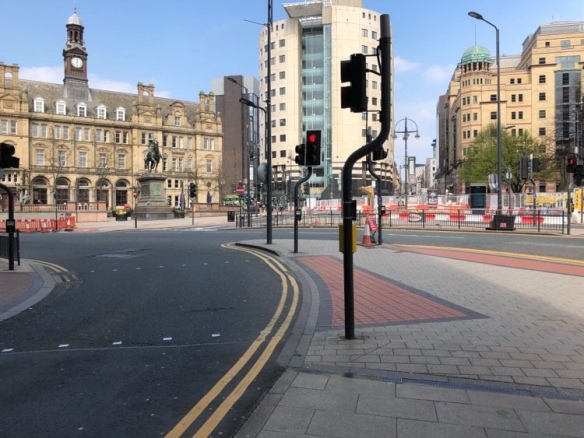 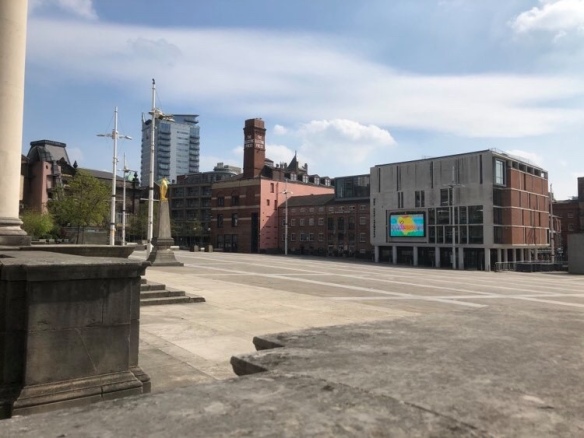