I’ve just finished reading The Last Time I Saw Paris, which is a biography of a Parisian Street, rue de la Huchete, running from the early ’20’s to the time of World War Two. Featuring a wide cast of characters, though it’s non-fiction it reads like a novel, and I can’t remember the last time I read a book where the final words moved me so.

Anyway. There was a passage in it that reminded me of something else:

There were, in those days, certain grey-blue postcards that meant someone had been wounded or missing, and some black-rimmed white ones that spelled dark death. The women at the far end of streets would, if they saw the postman’s pouch contained no black-rimmed messages, wave and sometimes cheer with an edge of fear diminishing in their voices, and up and down the street the watchers would relax. Very often no such reassurance was forthcoming, and everyone had to wait, breath caught, nerves throbbing, until someone let out a shriek, or turned wordlessly away or dropped in her tracks and the postman wiped away a tear from his eye with the back of his hand before continuing.

I was a postman for ten years, and one of my rounds was in Cheapside, one of the oldest parts of Middleton. One of the streets there was King Street. In this photo you can see King Street, viewed from behind the cottage on Idler’s Corner, Rochdale Road, climbing ahead. If that pub on the hill is The Beehive, then this was taken before 1919, when it closed. The cottages were gone by 1925. 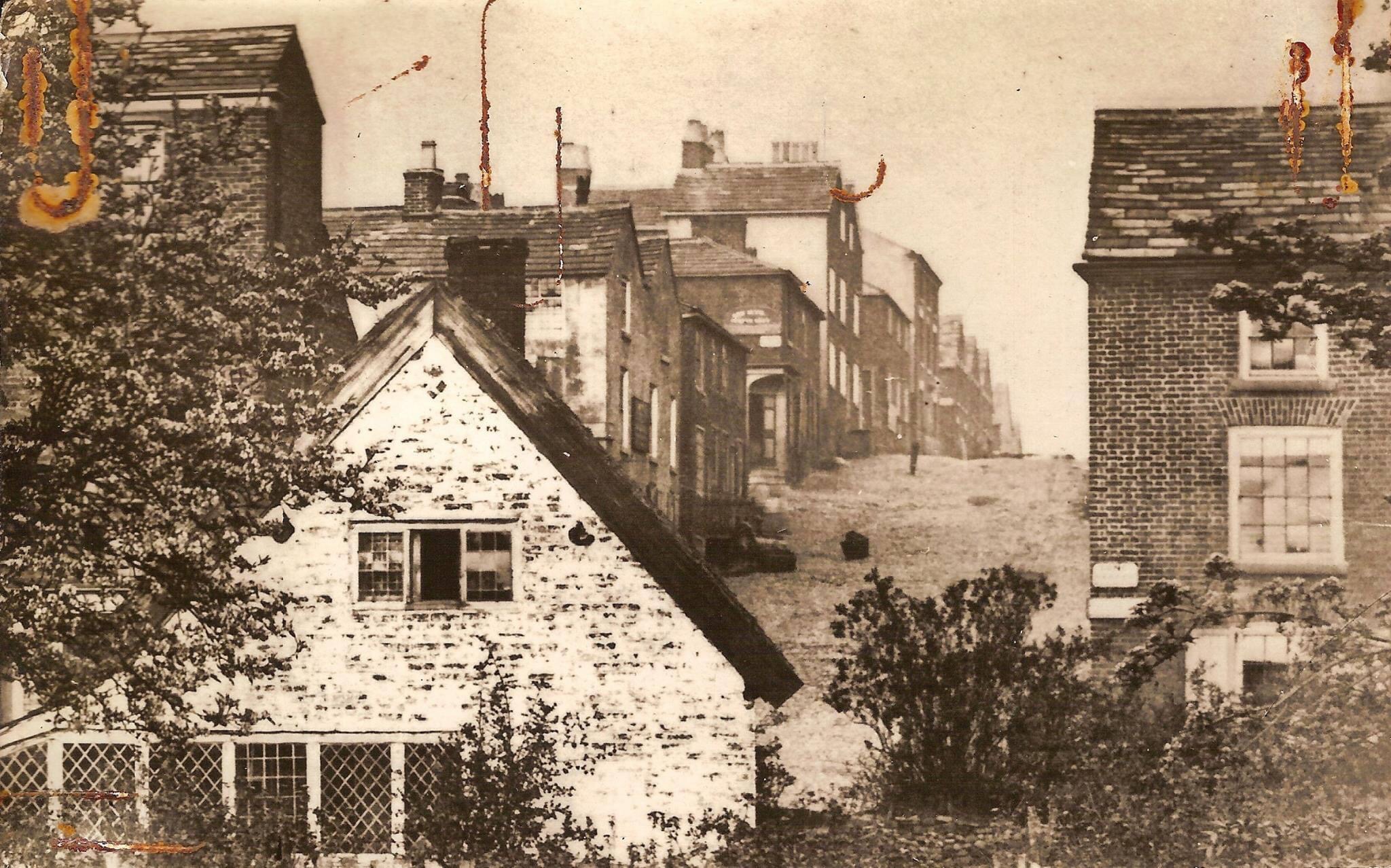 (Incidentally, Idler’s Corner was so called because weary travellers would stop to rest against the large York stone slabs, ‘idling’ for a time. It was directly opposite King Street. 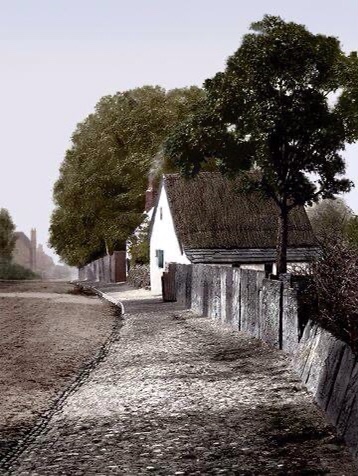 Of course, this was well before my Royal Mail days. As was the following photograph, which lists the streets running off King Street. 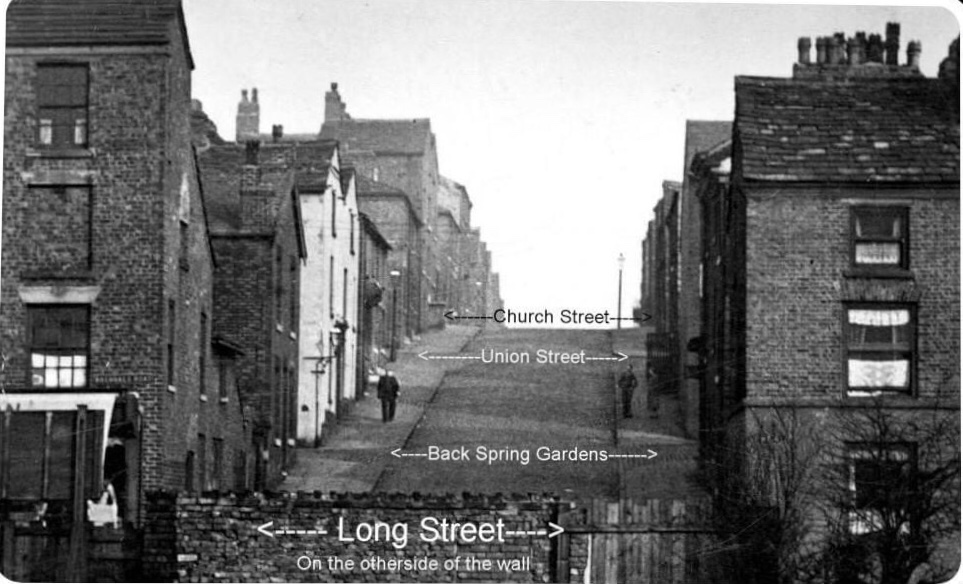 This next photo, though, shows King Street as I know it.

There were no longer any houses lining the road for me to deliver to, I used it just to reach the flats that await at the top of its crest, just the odd business drop along the way. 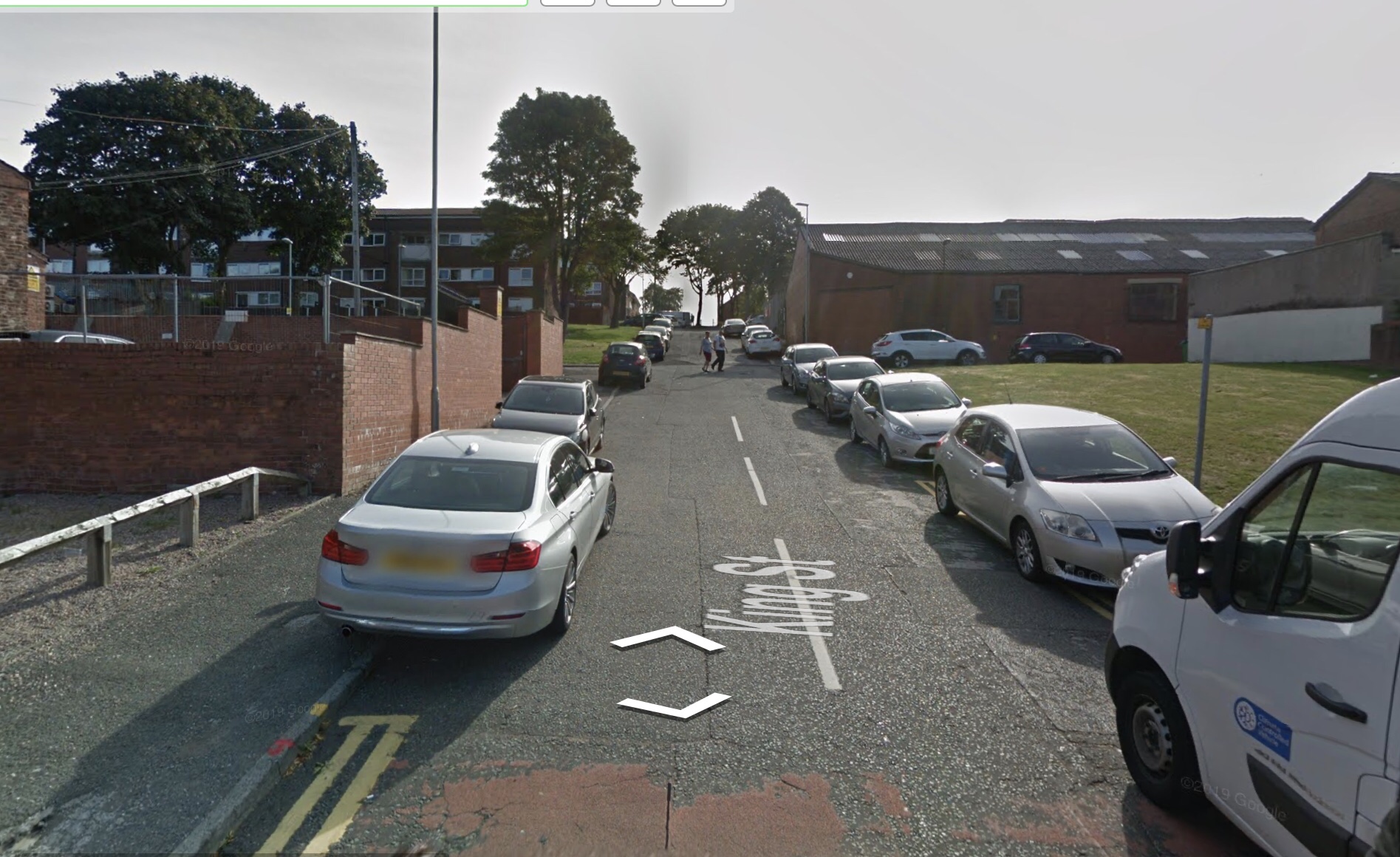 When I used to walk up there, occasionally I would recall a story, recorded some years ago by an older resident, about a postman that had long preceded me. He was tasked, unenviably, like that postman in Paris at the beginning of this post, to deliver similar telegrams during the First World War.

Each morning, as he navigated the street, women and children would watch from behind net curtains, fearfully, waiting to see who would be the latest recipient, summoned to answer that fateful knock at the door.

Filled with a combination of dread, is he coming here?

then relief, he’s going to Maisie’s

The witness told how one day the postman, having broken under the strain of this daily burden, was sat on the kerbside, sobbing, a woman from one of these houses sat silently beside him, arm around his shoulders in consolation.

I can no longer recall where it was I read this, but sometimes I would remember the story as I followed in that long-gone postman’s footsteps, climbing the hill and feeling the connection of that man and the place in which we both lived, echoes of people and homes now lost to time.

I have to confess that I’ve neither seen the movie, nor read the book, War Horse, but, with Remembrance Sunday imminent, I was struck by this image that I came across last night.

It is a photograph of World War One soldiers paying a tribute to the 8 million horses, mules and donkeys lost in that war.

I wear an extra layer of sadness when it comes to the animals that were used in such conflicts, for the men who signed up to fight were at least aware of the circumstances and implications of their actions, where for the horses and donkeys, mules and dogs, they must have been terrified to find themselves in such hellish conditions, paying a price for their service to man. 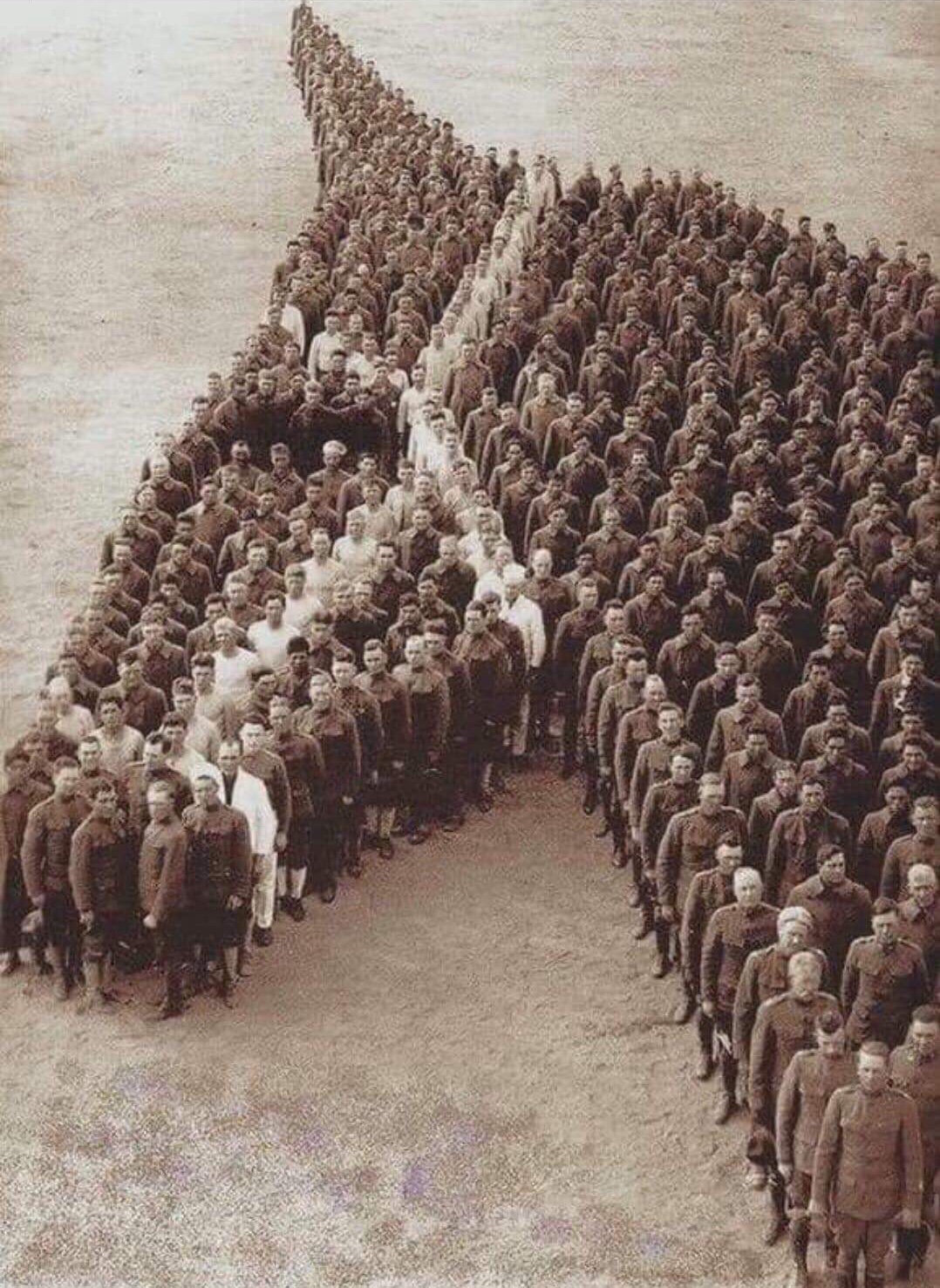 This is my wife’s ticket for the Trade Centre, from when she went to the top of one of the twin towers just six days before the terrorist attack.

Remembering all of those who were there that awful day.

I can’t believe it’s a year since I posted about the sudden death of Dolores O’Riordan, lead singer of the Cranberries. This first anniversary was marked today by the release of the song All Over Now, which comes from the album In The End, an album for which Dolores had recorded final demo-stage vocals for. The three surviving band members honoured Dolores with the finishing of the album, confirming it will be the group’s final one.

Another honouring was this video that I found online. Dolores was from Limerick, in Ireland, and Limerick artists of every genre came together to record a version of the Cranberries song When You’re Gone. It’s a diverse and moving tribute from her fellow hometown musicians.

The sofa features in the video as a reference to one that appeared on several Cranberries’ album covers.

I decided to also include the original Cranberries video at the bottom of the post, the initial inspiration. It was played at the end of the singer’s funeral last year. 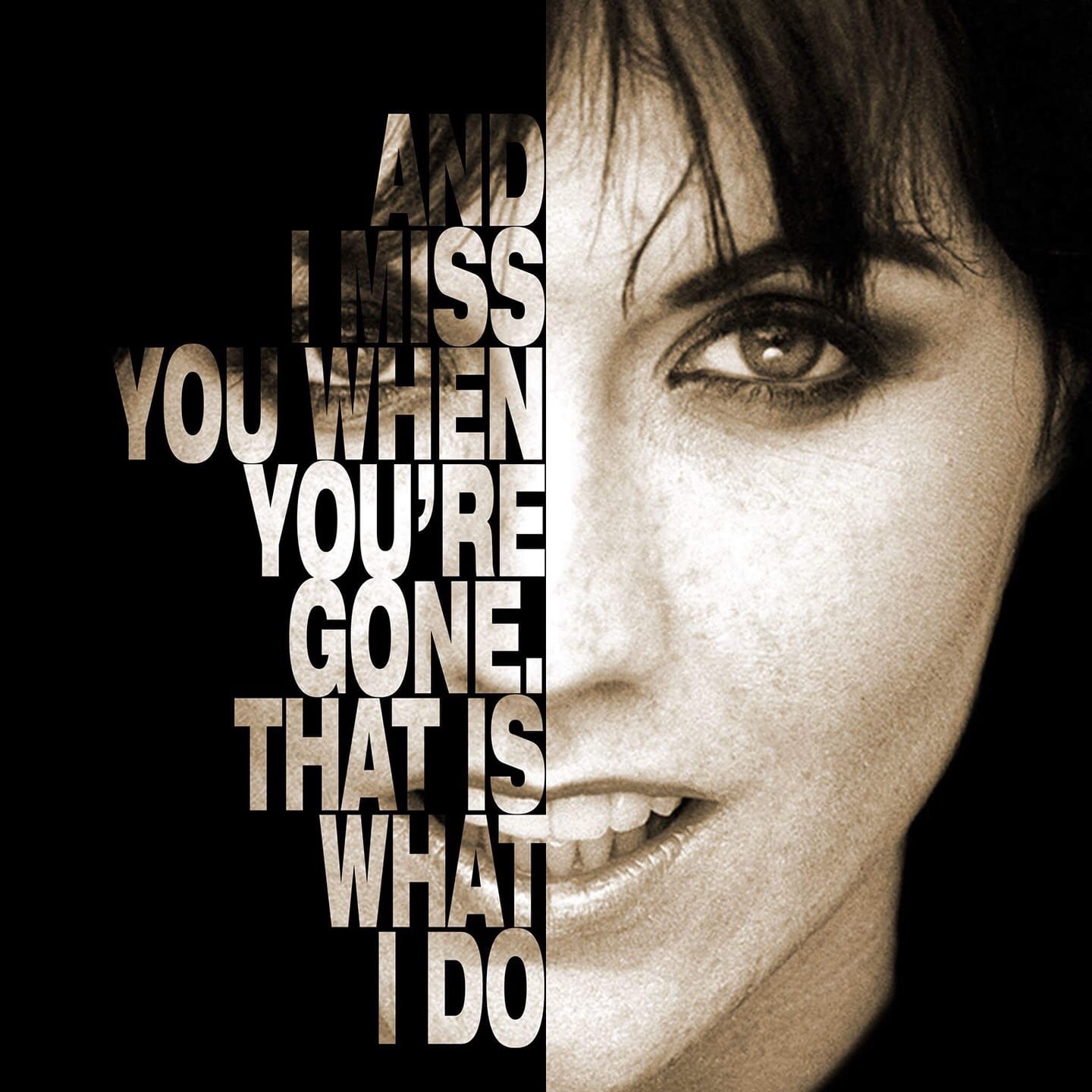 Since City Jackdaw has been flying, I think I’ve probably made a Remebrance Sunday post every year. Except yesterday.

As usual we spent the day, which coincided with the Armistice Centennial, by visiting the memorial on which the names of past family members are listed. It’s this personal connection that gives context to the wider impact of that war.

As I didn’t post yesterday, I will share this photograph today: it’s from when I visited the grave of my Gt Grandfather, Timothy O’Sullivan, in 2007, ninety years to the day since he died. He is buried in Thessaloniki. A plot that is forever England.

This is the time of year when the act of remembering seems to take precedent, whatever your persuasion. From a pagan perspective there was Halloween/Samhain yesterday. For those of a Christian mind today is All Saints Day, followed by tomorrow’s All Souls Day. Even if you don’t wear either of these labels, Remembrance Sunday is also almost upon us.

Maybe it’s when we see see the seasonal decay of the world around us, combined with the shortened hours of daylight, that we instinctively turn inward, thinking about our own mortality and of the roots from which we have sprung.

Or maybe that’s just me.

Yesterday, my daughter and I visited an old cemetery in Harpurhey, Manchester. It’s one of those old cemeteries where it seems burials no longer take place, and to see flowers placed upon a grave is a rare thing indeed.

It’s a cemetery of the forgotten, a cemetery where the dead who reside there have nobody left in the world who can enshrine them in remembrance.

There, among the mouldering rows was a particular grave that we were seeking out. A grave that held the remains of ten people that had connections to us both. Ancestors of four generations.

I remember the first time that I stood on this spot with my father. I asked him who the John Murray was that was listed on the headstone, curious as this man was the one who shared my surname and went the furthest back in time.

“I’m not sure,” my Dad replied. “I think he was an uncle of your Granddad’s.”

Once I began my family history research I soon discovered that this man was actually my Dad’s grandfather.

Not long after that day I began my search, born of curiosity and an undefinable sense of belonging. Of the ten people listed on that headstone, three of them I had known in life. Seven, (possibly eight), I now have photographs of. 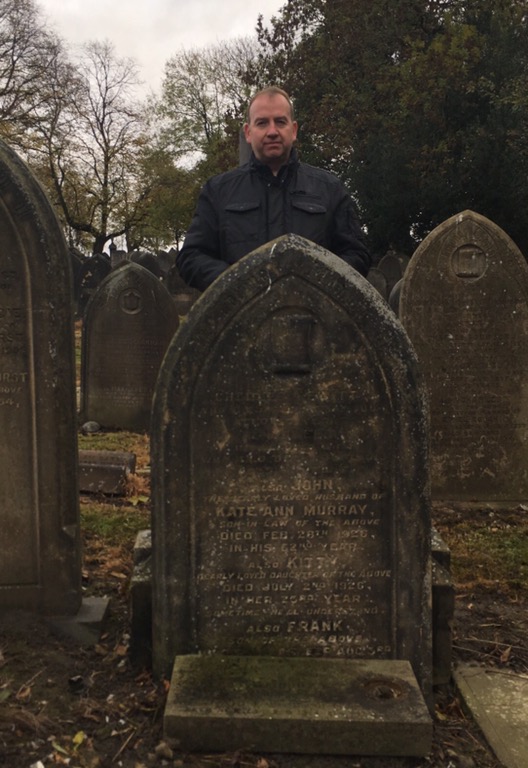 Mindful of both the responsibility I have acquired and of the passing years, yesterday I brought my eleven year old daughter with me to Harpurhey. The next generation. To her I will eventually pass the baton.

I have since learnt the stories of each of my listed ancestors, of the lives, struggles and triumphs unheralded by these simple dates and names.

Their stories I have recorded, and tell to my children.  In this way I keep these people alive.

In regard to my blog, these stories are for another time. For now, I list the people here.
May they be forever remembered.
Charles Hewitt 1847-1884