I have the honour of appearing on musician Laura Bruno Lilly’s site this week for the publication of my poetry collection In Brigantia.

You can read her review here:

I saw this being shared on Facebook and headed over to Amazon to check the stats on my book Heading North.

Reviews on the Amazon UK site stand at eighteen. I’d love to get them up to twenty, so if any of you fine people have read my book and not left a review, I would appreciate it if you’d consider doing so. However short, they all help. I’ll even put you in a draw to win a Snickers bar (as long as I can find my wife’s secret chocolate stash first).

Everybody wins. Except the wife.

Here is a wonderful review of my book, Heading North, written by the great poet Nat Hall from her Shetland perch. My gratitude to her. 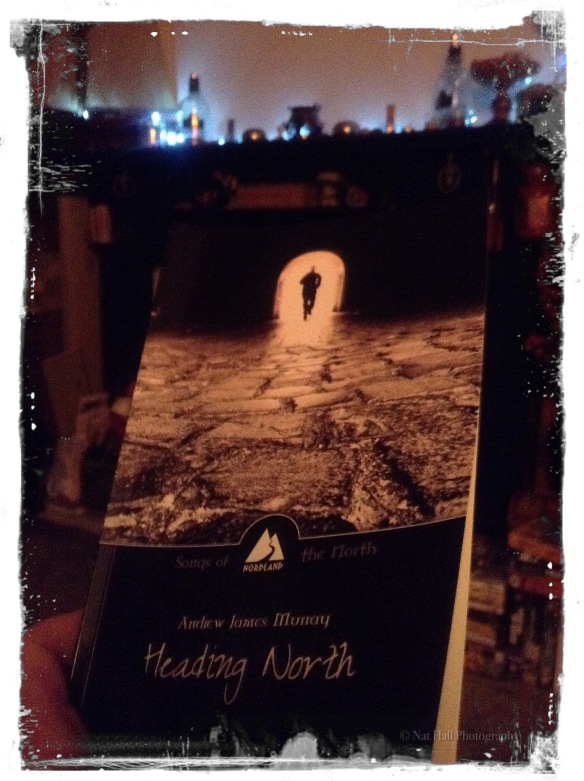 Out of darkness, the bleakest point from the island, came cobbled thoughts, a flash of ink blended with salt – now nights have cleared, here comes my humble impressions of jackdaw’s blend of geopoetics inside his début collection, Heading North.

“Heading North”, by Andrew James Murray, is the second volume from Nordland Publishing’s Song of the North Series. Its author defines himself as a northern guy with a northern accent and attitude, yet attracted to even more northern latitudes, landscapes and who follows in the tradition of both geographical and inner landscapes – bleaker in places, mysterious and remote. His journey takes us from the comfort of his familiar Manchester world to the Ring of Brodgar on a far away archipelago bathed by both a sea and an ocean, via a myriad of known & unknown places – Berlin, Prague to the cobbled streets of Stromness. But it also…

The musician and writer Laura Bruno Lilly recently posted a great, incisive review of my poetry collection on her blog, in which she quotes some of the included poems.

It’s always good to be mentioned in the same breath as The Beatles!

Here is the link:

Just stumbled across a fantastic review of my book tonight, on Amazon.

Makes it all worthwhile.

After his little sister drowns in a bathtub, young Joey (William Dix) is blamed for her death and sent away to a special school to be treated by psychologists. His mother, Virginia (Wendy Craig), suffers a breakdown, and, dismissed by her distant husband, becomes more dependent than ever on their nanny, played by the great Bette Davis.

The film begins with Joey due to return to the family home, (after the medical expert privately admits to failing him), and straight away he exhibits hostility towards the nanny.

The first glimpse we have of Joey is when he is playing a trick on one of the staff by pretending that he has hung himself. Oh Joey, you little rascal. 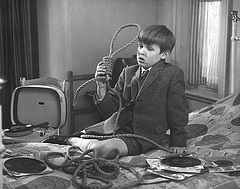 Joey settles into his new, cosy room, unpacking, playing records, finding somewhere to put his noose, like all kids do.

Soon his mother is taken ill after being poisoned, with both sides blaming each other.

As the poster asks, who would you trust? I know, because I’ve seen it.

Belligerent and unlikeable, Dix’s portrayal helps to instil in us a prejudice towards his character, but in a series of flashbacks we learn that it is in fact Davis’ character who is the unstable one, and it was she who unwittingly caused the death of the young girl and blamed it on Joey. 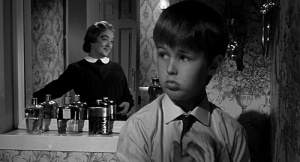 Go on, Joey, crack a smile. A psycho-nanny can’t be all bad.

Joey’s aunt, staying in Virginia’s absence (the father is away on business), suffers from a medical condition, and collapses after confronting the nanny, dying when the nanny withholds her medication.

“This was not in your job description.”

There follows a creepy scene where Davis enters the boy’s bedroom, clutching a pillow, intent on smothering the lad. In his attempt to escape he is knocked unconscious, and in a horrifying moment she puts him face down in a filled bathtub to drown him. However, her murderous state of mind is broken when she sees his dead sister in his place, and, filled with remorse, sweeps him back up again.

The film ends with a doctor telling Virginia that the nanny is a sick woman who needs help, and Joey is suddenly transformed into a little angel promising the earth to his mother.

Personally, I have my doubts.

Spare a thought for poor producer Jimmy Sangster: not only did he have to bow to pressure from 20th Century Fox to tag a happy ending onto the film after principal photography was finished, he also had to fight off the ageing Bette Davis’ attempts to seduce him. More scary than any Hammer film.

I think I read somewhere that, when Davis returned to do another Hammer movie, The Anniversary, Sangster’s wife packed her things and went on a holiday abroad, vowing not to return until his work with Davis was at an end.

He has my sympathies-the same thing happened with me and Jennifer Aniston.