And what a waterlogged, rain sodden, school run it was this morning too.

The kids had their wellies on, each clutching an umbrella with all the faith of the staunchest Catholic. The elements were against us, the wind conspiring to send the rain in at an angle to try and breach the children’s defences. An odd crosswind attempted to deflect the flimsy but holding canvas covers away. But despite everything, we were doing okay.

Until four year old James tripped and sprawled forward into a large puddle. He remained kneeling in it, staring in dismay at his hands semi-submerged beneath the water, waiting to be hoisted up again as I got to him.

Again, that certitude of faith.

His trousers would need wringing out like a wet cloth in the classroom, and now there were tears and dirt to add to everything else. School days are traumatic, you know.

We finally arrived at the school and I dispatched brother and sister into the welcoming care of their teachers, radiator space at a premium. Turning back to face the downpour again, I began the journey back home. Head lowered, I was acutely aware that I was carrying the two umbrellas my children had used. I could always, you know, use one of them. Couldn’t I?

One was a Frozen umbrella (how apt) and one was a Dora The Explorer one. What would it matter if somebody spotted me skipping along beneath one of these colourful characters? As long as I was protected. It’s not like I have any street cred anyway.

But no. I continued on my way, umbrellas tucked beneath my arm, head bowed, hat flopping down over my eyes like a used chamois leather. 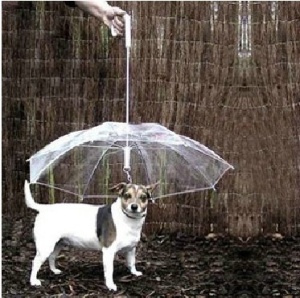 Everybody else was using one, while it was raining cats and, you know.